Every fall, the Social Security Administration (SSA) announces its annual changes to the program, including benefit increases, qualification standards, and how much of your money the program can tax.

And we've compiled the most critical changes for you right here...

How Social Security Will Change in 2018

The cost-of-living adjustment (COLA) in recent years has been a complete joke. Last year's adjustment was a mere 0.3% - less than $5 extra each month for many retirees. The year before that? 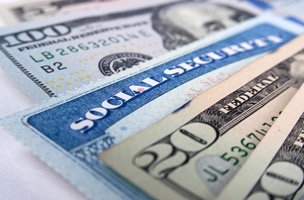 The good news: This year's COLA is the highest in six years, at 2.0%. That's an extra $27 each month for the average Social Security beneficiary.

The bad news: The COLA is still based on the CPI-W, an inflation measure based on urban wage earners, not retirees. In fact, this year's 2% bump is due to bloated gas prices, which don't significantly affect the elderly. In short, the high COLA is essentially a fluke.

The worse news: Medicare might swallow the 2% raise. Medicare has kept many retirees' premiums artificially low due to the recent low COLAs. The increased COLA could mean a comparable increase in Medicare premiums that will cancel out the raise.

Social Security Change No. 2: The Rich Will Pay a Little More

We're sure they're really torn up about it.

Social Security Change No. 3: The Rich Will Receive a Lot More

The maximum possible Social Security payout for people retiring in 2018 (at the normal retirement age) has risen from $2,687 to $2,788 per month. That's a 3.8% increase - nearly double the COLA for this year.

This is because the primary insurance amount - the amount the SSA pays you in your first year of retirement - is based on the money you've contributed to the program over time. And since maximum taxable income increased by over $8,000 in 2017, this year's wealthy retirees are seeing the benefits.

The final two changes affect every American, rich or poor. In fact, the next one shows why some Americans will have to work more hours next year to receive the same benefits...

Its not Rocket Science!!! Eliminate the Cap of $127,000.00 & tax all earning levels, at a minimum go ten percent a year until it does include all levels of income. Or take the trash off that has never worked & and never will. (really give the liberals something to yell about…