In the past year, Congress has introduced seven different plans to overhaul Social Security.

Normally, the words "Congress" and "seven different plans" don't inspire a lot of confidence that anything will get done. 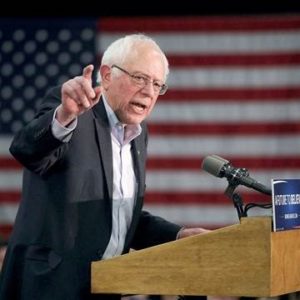 Bernie Sanders, co-author of one of seven Social Security plans

But this time, we can predict exactly what Congress is going to do...

That's because each of these Social Security plans - all seven of them - has a common thread. Buried beneath complex benefit calculations and tax rate modifications are the same three changes, which we'll detail below.

Here's a look at what's coming for Social Security - and how you can prepare...

Social Security Change No. 1: Adjust How COLA Is Calculated

The method for calculating cost-of-living adjustment (COLA) for Social Security benefits is a complete joke, and every single Social Security reform plan proposed in the last year wants to change it.

That means the COLA for Social Security beneficiaries is based on the cost of living of a totally different population. This is a problem because the elderly and the disabled use certain goods and services more than wage earners do.

Take medical care, for example. Medical prices might have a severe impact on the cost of living for Social Security beneficiaries, but they wouldn't be reflected as heavily in the CPI-W.

The result? A COLA that doesn't meet the needs of the beneficiaries.

Currently, there are two proposals to fix the problem.

Currently, if a U.S. citizen works for at least 35 years, earns the national minimum wage every year, and retires at 67, Social Security will give that person $980 a month. The poverty line is $1,005 a month.

That's the reward for working 40 hours a week, every week, for 35 straight years.

If someone struggles to find work, works fewer than 35 years, or isn't able to work a full 40 hours each week, their monthly benefit shrinks further.

Nearly all of the recently submitted Social Security plans address this problem in one or both of the following ways:

These provisions are about as bipartisan as it gets. Republicans, Democrats, and the Bipartisan Policy Center all increase benefits for the working poor in their plans. One of the seven plans only increases benefits, one only institutes a higher minimum payment, and four do both.

In fact, the only plan that doesn't increase benefits or establish a new minimum is that of Rep. Deutch and Sen. Hirono, and that might be because their plan only has two provisions. The first is to change the COLA.

And the second is the only way to keep the Social Security Trust Fund solvent...

what about me i was in the air force for 4 years starting in 1950 then worked 43 years and retired but still worked the next 20 years part time than i had to quit because i could not do it any more.

I'm kind of in the same boat – I'm 74 and still contributing to Socials Security, how does that compute in getting more S.S. (money)? Is there a reasonable adjustment for the older workers?

Dear: please try to help the poor victim people who tried to find a job but no one give them a job in the past six years and on same time they become old and disabled so when they tried to apply for disabilty but they were refused because the law say they are not qualified for disability since they did not work for the past five years and this is not fair so please try to change the kaw as tnere are old disabled victims like this.
Also olease try to increase the minimum retirement to $1100.00/ month at least because everything is expensive and thanks

What about women who made maybe 5000.00 back in the 70's, then became stay at home mom's? Women in the 70's & 80's who stayed home and raised families lost 15-20 years of earnings. Then going back to work after that usually meant low wage/minimum wage jobs. We paid into Social Security , just not a lot but women, especially single ones need to live too. The prices for living expenses are the same for us as they are for everyone else. It is just harder for us to make ends meet.

Those poor folks not collecting the full limit are better off than the ones in the middle collecting 1200. a month. They are entitled to Medicaid to supplement their income and also they don't pay the Medicare part B since they are poorer. the cola raise didn't help me. I lost the Medicare part B premium paid by Medicaid and now have to pay the full 109. each month. What a price to pay for a measly 12 dollar a month raise. Keep your stupid cola. It does more damage than good.

there two ways to stop congress from messing the ssa. 1don't reelect any of the cheating one that has been in for more than 4 yrs. 2 tur this back over to the president to run.

My last Social security increase was destroyed by the increase in Medicare deductions.