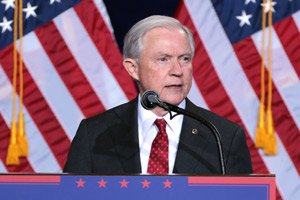 Bortell is suing Sessions over what the lawsuit claims is an unconstitutional federal prohibition on medical marijuana, according to The Hill.

The Colorado native, who depends on a strain of cannabis oil to keep her seizures under control, told Denver's Fox 31 that she hopes the lawsuit will at least normalize medical marijuana. Her best hope, she said, is that it will legalize it nationwide.

Marijuana currently sits in the most restrictive category according to the Controlled Substance Act – Schedule I. This places marijuana in the same boat as heroin, which significantly limits the amount of medical cannabis research that can be conducted.

Cocaine and methamphetamine are placed in the less-restrictive Schedule II category.

Unfortunately for Sessions, this lawsuit is just the latest in a series of efforts to convince the (U.S.) Department of Justice to reclassify the drug to a different tier.

Reclassifying marijuana would make it easier for researchers to work with the plant, which could result in the discovery of more life-saving drugs like the one that Bortell (and thousands of other children) rely on.

There's no doubt marijuana reclassification would be a huge boon for the industry.

However, we've got our eye on one company that is leading the medical marijuana space right now – regardless of what category marijuana sits in.

And for this company, the public and litigious pressure on Jeff Sessions can only be a good thing. Plus, it's due for another round of 1,000%-plus gains in the coming months…

which cannabis stock to invest in?
arboledaman@gmail.com