Finding reliable retirement income is harder than ever thanks to the Federal Reserve's rock-bottom interest rates, but we have three of the best dividend stocks for retirees to help you boost your income...

The historical federal funds rate has usually stayed between 2% and 5% but we've been between 0.5% and 1.25% for the past nine years.

And with stocks trading at all-time highs, even decent dividend income is hard to come by. 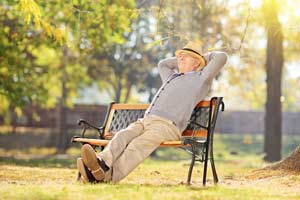 According to Multpl.com, the average dividend yield of the S&P 500 is currently 1.86%. Compared to the S&P's average historical yield of 4.37%, it seems like the only people receiving meaningful dividend income are the ones who can afford tens of thousands of shares.

But that doesn't have to be the case...

For those investors who already have a retirement plan in place and still have extra money to invest, Money Morning has a strategy to supplement your main retirement income.

Each of these dividend stocks boasts a 3% dividend yield or better.

But we want to be clear: This is not a replacement for a retirement plan. It's simply a way to boost your income on top of what you're already collecting. And these stocks should only be bought with the extra money you have.

And these stocks are more than income investments; they also fit Money Morning Chief Investment Strategist Keith Fitz-Gerald's "Unstoppable Trends." These companies operate in sectors that maintain steady demand regardless which way the market goes...

The key to dividend income investing is finding companies that fall into one of what Fitz-Gerald calls the six "Unstoppable Trends." These trends are backed by trillions of dollars that Washington cannot repeal, the Fed cannot meddle with, and Wall Street cannot hijack. They are:

Our first dividend stock is plugged into an industry projected to grow 51% annually, to $57.6 billion by 2021: artificial intelligence (AI).

The company has paid a dividend since 1993 and increased its payments almost every year except for a 50% cut following the Great Recession of 2008. Currently, the company's annual dividend payment is at an all-time high of $1.97.

Toyota's dividend is secured by revenue from the more than 70 million vehicles sold over the past nine years, including more than 30 million in the United States.

This "Secret" Helped Transform Two Teachers into Millionaires: Donna and Dave R. were both teachers in Boston. But today, they're retired millionaires who are also earning $10,000 a month in income. Their secret? Much of their wealth is due to a Great Depression-era "program" most have no idea exists. Learn more...

Fitz-Gerald likes Toyota because it's also one of the leading innovators in the auto industry...

Its Prius became the standard against which all hybrid car technology is measured. The car became the world's bestselling hybrid, with more than 6.1 million vehicles sold globally.

Not to be outdone by the U.S. tech giants, in November 2015, Toyota declared it would invest $1 billion through 2020 to research AI. This year, that initiative materialized in a July announcement that the company would invest $100 million into its venture capital arm seeking out companies working on driverless AI technology.

The company is likely to continue growing its dividend as it dominates in auto sales and continues reimagining the technology driving its profits.

With a dividend payout ratio of less than 35% I expect Toyota to reliably pay its generous dividend for many years to come.

The company bounced back last year after picking up two major contracts that would bolster its power-grid infrastructure business, one of its main sources of revenue.

According to a report by PwC and Oxford Economics, infrastructure spending - like on power grids - will reach $9 trillion per year by 2025, more than double the $4 trillion spent in 2012.

Fitz-Gerald says the company is billing itself as a "technology leader" rather than an infrastructure supplier - an important distinction.

"Not many investors realize this, but more than 55% of ABB's sales are already from software and digitally enabled devices," he added.

ABB has paid its dividend every year since 2005, and staying on the forefront of technological innovation will help the company keep paying its dividend.

And there's a dividend stock on this list with an even higher yield...