Investors looking for profits in the healthcare sector had a difficult time in 2017 if they weren't in biotech. The Health Care SPDR ETF (NYSE: XLV) only gained 13.15% last year, while the S&P 500 climbed 22.5% over the same time period.

But the biotech sector crushed the market, with the SPDR S&P Biotech ETF (NYSE: XBI) returning a market-beating 43.36% in 2017, nearly double the broader S&P 500.

That's why we'll show you the three best biotech stocks to buy for 2018.

Despite the exceptional run for biotech stocks in 2017, the broader healthcare sector has been facing a strong headwind over the past few years that scared away some investors. 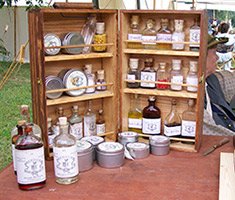 As you might expect, all the major health insurance providers dropped 3% to 5% after the news came out.

While these developments don't make the healthcare sector seem like an attractive investment, the reality is, biotech stocks are still some of the best profit plays you can find in any industry.

And fortunately for us, when strong companies get overlooked, they often become undervalued. That means you can buy some of the top biotech stocks in the industry at a fraction of their true value.

We'll show you our three best biotech stocks to buy for 2018 in just a minute.

But first, here are three catalysts driving this bull market for biotech stocks...

The biotech sector in the United States is worth nearly $163 billion. New drugs are constantly being developed and reaching consumers.

Right now, 65 million baby boomers are over the age of 65 in the United States. The older they get, the more they'll need medications and interventions for diseases like cancer, heart disease, diabetes, high blood pressure, stroke, vision problems, and Alzheimer's. And biotech companies are developing the drugs and therapies to treat those diseases.

During the first four days of 2018, biotech buyouts of $11 billion hit the market. In 2017, mergers and acquisitions in healthcare equaled just $200 billion. Baker McKenzie forecasts that the level of M&A activity would climb 50% in 2018, to $300 billion.

With U.S. President Donald Trump in office, analysts expect uncertainty over drug price policy to dissipate. Robinson expects few or no policies that negatively affect the healthcare sector from the Trump administration this year. In addition, the U.S. Food and Drug Administration is expected to start moving more quickly on drug trial approvals to bring life-saving drugs with positive results to market faster.

And that means the best biotech stocks not only have a favorable year ahead, but they can be bought for a discount right now.

Investors currently investing in exchange-traded funds like the S&P 500 SPDR (NYSE: SPY) are paying a roughly 19.5 multiple on expected 2019 earnings.

The biotech stocks we're about to show you are a much better value, and our top pick has upside of 72.9% this year based on that multiple...