During an interview with CNBC on Thursday, Kudlow pitched a "phase two" of the recent tax reform bill. 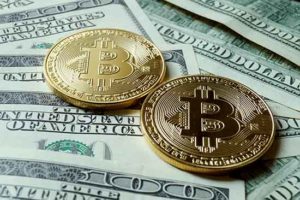 Kudlow hinted that a new reform package would feature a lower capital gains rate, which would reduce taxation on cryptocurrencies.

Markets have also been watching the actions of major institutional investors and following them back into the cryptocurrency space.

This week, hedge fund billionaire Alan Howard announced that he had made a "sizeable bet" on Bitcoin and that he was buying on the "dip."

In addition, billionaire investor Peter Thiel said at the Economic Club in New York City that he was still long on Bitcoin. During his talk, Thiel said that he is skeptical of other cryptocurrencies and the broader markets.

Here is a recap of the top cryptocurrency prices at 1:30 p.m. EDT.

On Friday, the market capitalization of the global cryptocurrency sector hit $339.29 billion.

Bitcoin comprised 42.6% of the total cryptocurrency market, with a market cap of $144.57 billion.

5 Cryptocurrency Reports to Read Today
The Best Place to Buy Bitcoins
How to Open a Binance Account [Step by Step]
An IOTA Price Gain of 300% in 2018 Is Just a Fraction of What's Coming
LitePay Is a Game Changer, and Not Just for Litecoin
Why Cannabis Experts Are So Bullish on Blockchain Technology

One of the biggest concerns about cryptocurrencies has been the surge of electricity demand required to "mine" them.

However, one state plans to address the environmental impact of cryptocurrency mining.

We've spent the last few months developing a series of special, comprehensive videos, and reports that we want to share with you.