Everyone already knows marijuana stocks are some of the best long-term investments on the market, but we want to share how to make short-term profits in the $10 billion marijuana industry: options trading.

You probably haven't heard much about trading marijuana stock options. That's because most marijuana stocks are traded on over-the-counter markets, so you can't purchase calls or puts on them.

But we've found a way around that… 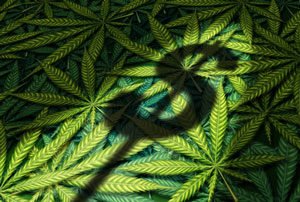 I know what you're thinking: Microsoft is a tech giant. Over 400 million devices run Windows 10, and Microsoft Office has been downloaded 340 million times on iPhones, iPads, and Android devices.

But Microsoft's advanced cloud technology makes it one of the "safest" plays in the cannabis industry.

KIND uses technology to track marijuana plants from "seed to sales." Cannabis growers will register each plant they grow with the state government, as well as the sale of each marijuana bud from the plant.

Fast Money: Tom Gentile has invented a way you could pocket $1,000, $1,500, even $2,000 in four days or less. And the fast-moving action behind this exciting way to make money starts again Monday at noon. Click here…

This ensures dispensaries are compliant with local and state laws, a service essential to the growing legal marijuana industry.

It's a matter of "when," not "if," the United States completely legalizes medical marijuana, as 30 states and the District of Columbia have some form of legal marijuana laws.

There isn't information on Microsoft's revenue from KIND, but the tech giant expects to generate $20 billion in commercial cloud revenue in 2018.

And Microsoft stock hasn't been immune…

The MSFT stock price performed worse than the Dow, dropping 5.73% during that same time.

But savvy traders know volatility is just another way to make money.

And we've uncovered a way to turn Microsoft's recent slump into your next win.

In fact, there could be a 102% profit opportunity just sitting there for the taking…