Attorney General Jeff Sessions doesn't hide his opposition to marijuana, but the reality is the legal cannabis movement is too big for Sessions to stop. And that's creating a once-in-a-lifetime profit opportunity for you... 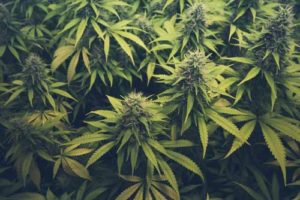 Here are the three top marijuana stocks under $5 that are set to provide tremendous gains in this emerging industry...

But GB Sciences isn't the top pot stock on our list. This company has even greater potential...

It's a pure "pick-and-shovel" play - a firm that serves the pot industry without having a direct hand in growing marijuana or operating dispensaries.

$20.2 billion... that's the amount of money expected to pour into California's cannabis market in just the first year the state goes fully legal.

We've narrowed down the pool to three tiny California cannabis companies expected to deliver once-in-a-lifetime fortunes. But once these small stocks go from $1 to $10, to $20, or more... you may never see a chance like this again.