The Dow Jones today opened little changed from Tuesday's close as markets weighed the impact of additional tariffs from the White House. According to reports, the United States will begin collecting a 25% tariff on another $16 billion in Chinese goods starting on Aug. 23. 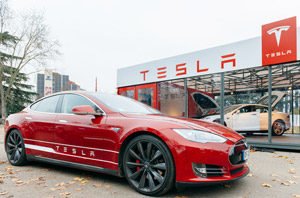 Meanwhile, the S&P 500 is on the verge of hitting a new record thanks to big gains from Microsoft Corp. (Nasdaq: MSFT), Amazon.com Inc. (Nasdaq: AMZN), and Tesla Inc. (Nasdaq: TSLA). In order to profit, we're keeping a close eye on three stocks that could lock in triple-digit gains as the index continues its historic rise. Check them out here…

17223 Reads
These 3 High-Yield REITs Pay 8%, 10%, and 12% Dividends
REITs produce gobs of cash from rent and other fees generated from properties including office buildings, storage units, multifamily units, and more.