In October, the United Nations reported that the time to avoid the costly effects of climate change is nearly out. And the urgency to prevent this disaster is going to be a major catalyst for the best alternative energy stocks to buy in November 2018…

The UN Intergovernmental Panel on Climate Change (IPCC) warned that even if the 2015 Paris accords were fully implemented, it still wouldn't be enough to avert catastrophic environmental damage. 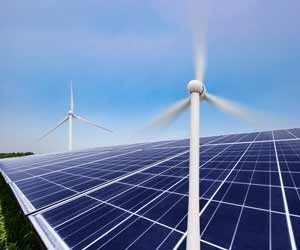 Governments and organizations worldwide are already ramping up spending in an effort to avoid global environmental damage.

The IPCC report forecasts that carbon emissions will need to be cut 40 to 50% by 2030 to turn aside economic effects resulting from dropping productivity, health concerns, and changes in weather patterns that will run into the hundreds of billions of dollars.

That's creating a massive, $1 trillion-a-year market for renewable energy, and we're going to show you the two best alternative energy stocks to own right now so you can profit from the spending surge…

And this massive injection of cash will benefit the top renewable energy stocks.

If $1 trillion seems like a lot, it pales in comparison to the alternative. Because climate change is going to cause a lot of damage that it's going to take a lot of money to fix.

Thankfully, these companies are in the business of preventing the worst-case scenarios…

What Companies Will Benefit From Climate Change Spending?

The second category is companies specializing in energy efficiency. Their products and services are aimed at cutting back the use of energy overall. That decreases the carbon emissions stemming from fossil fuels and makes alternative energy go further.

But the best alternative energy stocks to buy have each earned a perfect Money Morning Stock VQScore™.

And one offers the potential for 70% upside this year alone…

The 2 Best Alternative Energy Stocks to Buy This Month