The best healthcare stock to buy now is a company that makes life-saving products. But it also expects earnings to rise more than 100% over the next three years. 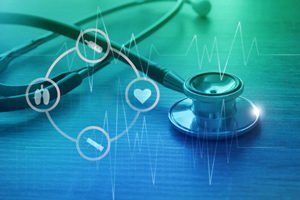 Many patients don't meet the criteria for coronary bypass surgery or transplants due to the high risks of these procedures. That's what puts this company's technology so high in demand.

They have devices that can be implanted with low-risk, minimally-invasive procedures and allow patients' hearts to function and rest normally. Data released by the National Cardiogenic Shock Initiative Study (NCSI) reveals that patients given these devices have a survival rate of 72% and native heart recovery rates of 98% by the time they are discharged.

And this all points to the future success of this healthcare stock. But there is even more reason to be bullish on this company.

You Have to See This to Believe It: America’s favorite “Shark” debuts the Angels & Entrepreneurs Summit. Watch now...

Three new applications of its technology were approved by the FDA in May.

It's rated a "Buy" by all analysts covering it on FactSet.

And lastly, we know it's the best healthcare stock now because it has a perfect Money Morning Stock VQScore™ of 4.75, meaning it's about to see a big surge in price...

Abiomed Inc. (NASDAQ: ABMD) was founded in 1981 with a focus on developing an implantable artificial heart. This was achieved in 2001, and the FDA approved the device five years later.

This company stands out for its development of the smallest heart pumps in the world, which allow implantation through non-invasive procedures. The device is called Impella, and it's an ideal solution for patients who are not candidates for more intense procedures.

The company hit a major milestone in 2016, when Impella was used in nearly 40,000 patients.

But even with all it's accomplished, Abiomed isn't a company to rest on its laurels. It continues to innovate beyond Impella. And this is where investors could see additional upside.

The FDA approved additional uses for Impella in May, confirming that the device was safe to treat right-sided heart failure. It's currently the only device with FDA approval for this condition.

Several other approvals were also announced. One will more than double the amount of time Impella can be used for cardiogenic shock, and another green lights a massive trial program using the device that aims to lower complications following a heart attack.

While this all makes it an exciting company to own, this is how it will make you money...

Why It's the Perfect Time to Buy Abiomed