He's amassed an $80 billion net worth over the decades by buying stocks he deems inexpensive and riding out economic storms and market downturns.

So, I find it extremely interesting that at a time when the markets are sideways and interest rates are falling, Warren Buffett is buying banks... 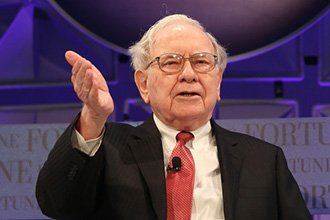 Right now, a lot of people are avoiding banks because of falling rates. But when you understand the broader trends, banking stocks are attractive, cheap, and have massive upside.

There are other major trends in the banking industry that you should know about.

I'll discuss those major trends and tap into the best bank stock to buy according to the Money Morning Stock VQScore™.

Why Banks Are a Buy Today

There are plenty of reasons to own bank stocks...

First, the financial sector's price/earnings ratio is the lowest it's been in five years. It's also the least expensive of any major S&P 500 sector.

Banks are also much healthier than they were during the financial crisis, and they have been boosting buybacks and dividends to return cash to shareholders.

But the top reason why you should buy bank stocks now is consolidation.

You see, lower interest rates, higher technology costs, aging boards of directors, and squeezed margins are fueling consolidation. Another factor is the competition for deposits, which are required to boost lending capabilities.

When it comes to banks, there are only two ways to grow deposits. You can experience a large population influx as some banks have experienced in growing U.S. cities like Naples, Fla., and Austin, Texas.

Or you have to go out and buy banks one at a time.

The latter has been the trend for most of the financial sector. And with margins squeezing, banks have a lot of reason to consider selling out.

For smaller banks, the cost of keeping up with the ever-growing list of regulatory reports is making it difficult to turn a profit.

On top of that, to compete, you have to offer mobile and digital banking products. But to build and maintain this technology is not cheap. It's extremely expensive keeping all that data and money safe from cyber thieves.

The costs of technology and regulatory compliance are a huge drag on profits. It often makes sense to sell out to a larger bank that can spread the costs over a much bigger asset base.

And I have the top stock to buy to tap into this M&A trend...