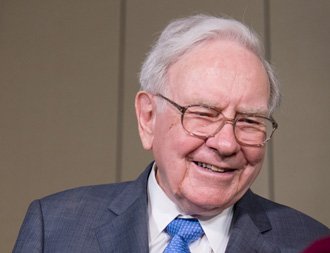 Prior to the market crash in March, Warren Buffett's Berkshire Hathaway Inc. (NYSE: BRK.A) had roughly $128 billion in cash. That level of dry powder means that it could purchase nearly any U.S. company trading on the public markets.

Berkshire is likely to deploy some of its cash; however, it could choose to boost its existing stakes in its portfolio companies instead of buying a new company.

Here are three major holdings of Berkshire Hathaway that could be excellent "Warren Buffett stocks" to buy.

Buffett has long been a fan of investing in banks. Berkshire Hathaway's portfolio consists of eight U.S. banks with its largest stake in Bank of America Corp. (NYSE: BAC).

COVID-19 has hammered the banking sector, particularly companies with extensive exposure to small business loans and commercial real estate. The company has taken the lead in providing mortgage relief and allowing delays to loan payments. That creates a series of short-term pressure on the company, particularly given the low-interest rate environment that will impact the company's bottom line.

That said, the U.S. Federal Reserve has pledged to provide "unprecedented" support to the banking industry. Bank of America - as a "too big to fail" financial institution - should weather this storm over the short term.

Additionally, interest rates are likely to rise in the near future as inflationary pressures begin to impact the economy. Bank of America is likely to bottom out in the second quarter and will establish itself as a solid turnaround story in the coming years.

It's fair to anticipate that Berkshire and other large institutions will move to snap up shares on the cheap.

Berkshire Hathaway is a major backer of the four largest airline companies in the United States. Buffett's firm had pumped a lot of money into American Airlines Group Inc. (NASDAQ: AAL), Delta Air Lines Inc. (NYSE: DAL), United Airlines Holdings Inc. (NASDAQ: UAL), and Southwest Airlines Co. (NYSE: LUV) in 2016. At the time it was surprising because Buffett had warned about the dangers of investing in these companies, particularly in the wake of 9/11.

Delta Airlines is the most intriguing of the four airlines because of its synergies with credit card giant American Express Co. (NYSE: AXP), another large holding in Berkshire's portfolio.

According to the Transportation Security Administration, daily passenger traffic is down 90% year over year. Meanwhile, the Harris Poll reports that one in every five Americans will not fly on a plane for at least four months after the economy experiences a "flattening" of the coronavirus curve.

Delta is trading at a larger discount to Buffett's other airline holdings and has been a much more profitable company than its rivals. However, anyone who is buying Delta needs to have a two- to three-year investment thesis before we see a resurgence in air travel demand.