A lot of sky-high Bitcoin price predictions from credible sources have been popping up lately. 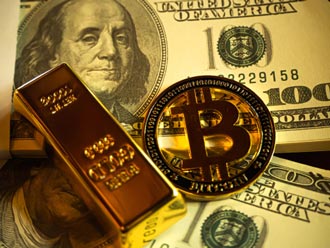 Longer-term Bitcoin price predictions soar into the six figures. The highest foresees the price of Bitcoin hitting $1 million by 2025.

And yet, we're seeing more signs that interest in this new asset class is building...

Investors Are Jumping on the Bitcoin Bandwagon

First, it's vital to understand that the total supply of Bitcoin is fixed. And it is designed to decline (via the periodic "halvings" of the block reward) until it reaches a cap of 21 million BTC.

So demand, then, is the key to future price increases.

Retail investors, long the mainstay of Bitcoin buying, have been more active than ever this year. Derivatives exchange ZUBR, using data from Chainalysis, found the number of new wallets continues to grow. The firm predicts that within four years, demand from retail buyers will eat up more than half of the daily supply of freshly mined bitcoins.

At the same time, more big investors are joining the party. This includes pension funds, family offices, and hedge funds.

More than a third (36%) of large investors in the United States and Europe already own some sort of crypto asset, according to a recent survey from Fidelity Investments. More than a quarter said their holdings included Bitcoin.

One well-known Wall Street-type investor to put money into Bitcoin is hedge fund manager Paul Tudor Jones. In a May CNBC interview, Jones said he has almost 2% of his assets in Bitcoin.

With a $5 billion net worth, that means he has roughly around $100 million in Bitcoin alone.

Calling cash a "wasting asset" due to inflation, Jones said he also owns gold as well as other inflation hedges. But Bitcoin, he said, "may end up being the best performer of all of them."

That kind of thinking - which is growing more common by the day - is why lofty Bitcoin price forecasts aren't farfetched.

Bitcoin Price Predictions for This Year and Next

Bitcoin forecasts for the near term see big gains ahead.

The Crypto Research Report for June 2020 makes a detailed case for a steep Bitcoin price increase, citing its role as a store of value as well as rising adoption. It says Bitcoin will reach $19,044 by the end of the year.

Antoni Trenchev, co-founder and managing director of crypto-lender Nexo, told Bloomberg he thinks Bitcoin can get to $50,000 by December.

Learn How to Cash In on Crypto from one of Bitcoin's earliest backers with "Becoming a Crypto Millionaire: Hands-On Instructions Starting from Square One." Learn more...

Looking a bit further out, there's the chart-based forecasting of a crypto personality who goes by the moniker "PlanB." He uses a model called "stock to flow," which is the ratio between the new supply of an asset and its existing stock.

A forecast from Morgan Creek CEO Mark Yusko favors the lower - but still lofty - $100,000 target for next year.

"I actually believe that this transition will be the biggest wealth creation opportunity I'll probably see in my lifetime," Yusko told the Altcoin Buzz YouTube channel in May.

In his YouTube interview, Yusko said Bitcoin will exceed $400,000 per coin over the next seven to 10 years.

"If we come to gold equivalence, meaning the market cap of Bitcoin equals the market cap of gold, which I think is perfectly logical, you could easily see that $400,000 to $500,000 price sometime," Yusko said.

Venture capitalist Tim Draper has a standing forecast that Bitcoin will reach $250,000 by 2022. He famously bought nearly 30,000 bitcoins in a 2014 U.S. Marshals Service auction.

Adam Back, a crypto expert whose work was cited in Bitcoin creator Satoshi Nakamoto's white paper, told Bloomberg last month that he believes BTC will reach $300,000 within five years - even without a fresh wave of big investors.

The COVID-19 pandemic "is causing people to think about the value of money and looking for ways to preserve money," Back said, "and retaining value when there's a lot of money-printing in the world."

Finally, we have the boldest Bitcoin forecast of all.

It comes from Raoul Pal, a former hedge fund manager. He's the founder and CEO of The Global Macro Investor, an investment strategy research service.

In an April report, Pal gave a bleak outlook for the U.S. economy and the markets. His advice was to hedge with gold and Bitcoin. He thinks gold will rise 3x to 5x over the next three to five years.