Semiconductors power everything - from your phone and headphones, to storing files on the cloud and F-35 Joint Strike Fighters. This is why we have seeing companies like Intel Corp. (NASDAQ: INTC), Nvidia Corp. (NASDAQ: NVDA), and others make big acquisitions to be the top dogs in a $500 billion market. Just this year, we have seen some huge deals. 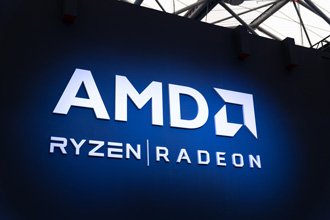 Tech has been on a tear this year, and you know it. The Tech Select Sector SPDR Fund (NYSEArca: XLK) rallied 80% higher between the March 23 bottom and September's peak. The FANGs did even better, netting nearly 110% gains trough to peak.

But when it comes to investing, it's difficult to find the next big thing. Companies like Amazon.com Inc. (NASDAQ: AMZN), Zoom Video Communications Inc. (NASDAQ: ZOOM), and Teladoc Health Inc. (NYSE: TDOC) have all been media darlings, but I'm focusing on a completely different space.

While these deals I just mentioned were the largest semiconductor deals of the year, I'm looking at what could be one of the biggest opportunities as two more companies join forces.

Here's why that makes AMD stock one of my favorite tech plays right now...

Right now, I'm focused on the $35 billion acquisition of FPGA manufacturer Xilinx Inc. (NASDAQ: XLNX) by Advanced Micro Devices Inc. (NASDAQ: AMD). While it might not be a household name, it makes chips for the automotive, wireless, industrial, and data center markets and will help AMD to compete with the likes of Intel and Nvidia.

Xilinx specializes in field programmable gate arrays (FPGAs). While a typical semiconductor can't be programmed after it is put to use, FPGAs have one key difference. A user can actually delete and replace the software and leave the hardware unchanged, a huge advantage over CPUs and GPUs.

This is why Intel bought Altera in 2016 for almost $17 billion. When it comes down to it, FPGAs are one of the most versatile semiconductors out there, and that is what makes the acquisition of Xilinx so exciting.

The use cases are everywhere. Microsoft Corp. (NASDAQ: MSFT) uses FPGAs in its data centers, Amazon offers them in their cloud services, and even the military uses them for F-35 Joint Strike Fighters. These chips are also used for artificial intelligence and machine learning applications instead of GPUs.

One of its most important end markets - and one AMD is very interested in given the competition with Intel and Nvidia - is the data center. Last quarter, Xilinx grew this business 30% year over year driven by cloud build out. AMD acquiring Xilinx will help to expand its already rapidly growing data center business.

AMD has excellent management with Lisa Su at the helm. She came on as CEO of AMD in 2014 and brought the company back from the brink of bankruptcy to all-time highs. Her and Victor Peng, who actually spent some time at AMD before joining Xilinx and serving as the CEO, should make for a very strong team. That, along with the deal being instantly accretive to margins, cash flow, and EPS, will help the joint company hit the ground running.