The USPS finally announced the winner of its coveted contract to build an all-electric fleet of delivery vehicles. The $6 billion deal went to a company you may not know much about: Oshkosh Corp. (NYSE: OSK). 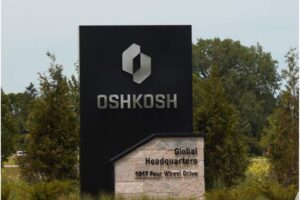 The surprise news has investors scrambling to do due diligence on the company.

That's what we're here for.

Let's take a deep look into Oshkosh's financials and management, then see if this contract makes the stock a buy now or a wait-and-see...

The Details of Oshkosh's USPS Contract

This USPS contract was coveted for a reason.

The first stage of the contract provides $482 million for Oshkosh Defense, a division of Oshkosh, to finalize the production design of what the Post Office is calling the Next Generation Delivery Vehicle. The new vehicle will be a right-hand-drive vehicle for mail and package delivery.

Over the next 10 years, the contract calls for Oshkosh to manufacture between 50,000 and 165,000 Next Generation Vehicles to the Post Office.

The first vehicle will appear on postal routes as soon as 2023.

The total value of the contract is estimated to be over $6 billion.

Why Oshkosh Stock Is a Strong Buy

The move we saw earlier in the stock is probably just the beginning of what should be a massive long-term run in this stock. Wall Street analysts were already estimating that Oshkosh's earnings would climb from $4.63 this year to $7.42 a share next year, a 60% increase, based on improvements in the economy.

Those estimates do not contain a dime of income for the Post Office contract.

As the vaccine spreads and the economy continues to recover, Oshkosh will see a tremendous pick-up in business in 2021 and 2022. The company makes trucks for construction, mining, fire and rescue, garbage trucks, mixers, and other heavy-duty usages. Oshkosh also makes access equipment like lifts and cranes for various construction and industrial usages.

It makes the equipment none of us spends much time thinking about but that we rely on pretty much every day of our lives.

Its defense arm, which is handling the contract, makes tactical vehicles for the military, like Mine-Resistant Ambush Protected (MRAP) vehicles. The defense business is off to a strong start in 2021. It has booked an order for over $900 million of the next generation armored vehicle, JLTV. According to the company's latest reports, the backlog for defense orders is strong well into 2022.

You rarely hear Oshkosh being discussed as an innovator or leader in electric vehicles, but it has been working on the technology for some time now. Earlier in February, Oshkosh was an investor in the Private Investment in Public Equity (PIPE) offering as part of battery technology provider Microvast's merger with Tuscan Holdings (THCB), a special purpose acquisition company.

It is not just working on electric vehicles. Oshkosh is testing and producing electric lifts, mixers, and other products for industrial uses.

Oshkosh also bought a long-time partner of the Defense division In January. It acquired Pratt Miller, which specializes in advanced engineering, technology, and innovation in vehicles. This will add Pratt Miller's experience and innovation in areas such as artificial intelligence, robotics, autonomous and connected systems, and electrification to Oshkosh's product mix and production capabilities.

The analyst's estimates also do not include the money that would flow to Oskosh's commercial truck lines and access product lines when we see an infrastructure bill passed later this year.

Shares of Oshkosh had a bright long-term future before the Post Office contract was awarded. This company makes the machinery that makes the world work. The company is a free cash flow machine, and there is room for substantial margin improvement from the COVID-impacted levels of 2020.

That means it could produce even more free cash flow than the more than $700 million Oshkosh has churned out over the last year.

That's money that can be used to grow the company, make acquisitions, buy back stock, and pay dividends.

All of those are good for shareholders.

The Post Office contract is the icing on the cake. Oshkosh is a great business with a very bright future.