Today I want to tell you a story about energy - especially crude oil.

It involves my run in with the steak bandit...

Just stay with me here...

It begins last Saturday. On a trip to the local supermarket, I saw something you just don't see every day.

You see, I always do the grocery run. It is one of several clauses that have appeared over time in my marriage contract (no doubt about it, this is one document you need to read before signing!).

As I left the store, a crowd had formed outside. There were police all around and the parking lot had been sealed shut.

It turns out a fellow had shoved some steaks down his pants and made a dash for it. 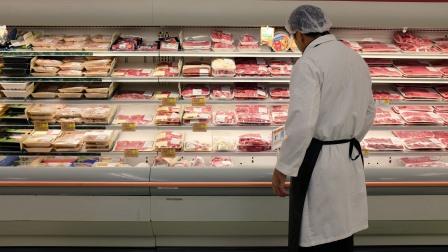 By the time all of us had stretched our necks to see what was going on, the suspect was just sitting... in a car that wouldn't start... with the doors locked... and the windows up... in 90-degree heat.

All in all, he couldn't have been having a very good day.

Maybe he was that hungry. Or maybe he forgot his wallet at home and was late for a party. I'm not sure.

Either way, he was bound for the Allegheny County Jail.

(By the way, the jail is the impressive newer-looking building by the Monongahela River in downtown Pittsburgh. You can't miss it. It looks like an upscale Holiday Inn.)

But I digress; back to the steaks.

I must admit, for a while at least, there will be a question in the back of my mind every time I go to a barbecue. Like, "Any idea where that meat has been recently?"

However, aside from a possible commentary on the plight of some people in the current economy, the episode with the "steak bandit" brought back a memory, along with a broader implication for the energy sector.

Here's the memory and how it relates to energy...

Moving to a Better Monetary Standard

More than 40 years ago, during another bout with a sputtering economy and a declining dollar, I made a remark that drew a fair amount of attention. At the time, I had my own radio talk show in Chicago.

In response to a caller's criticism of the U.S. Federal Reserve and the declining value of the dollar, I made a suggestion (somewhat tongue in cheek) that was then embellished for several days...