This may be old news, but as far as history goes, a lot of us forget it.

And you know what happens then - we're doomed to repeat it.

What I like about people forgetting history are the trading and investing opportunities that pop up when I can see the past coming back to haunt us before others do.

So, today I'm going to share the latest twist on some old news. If you want to make some money on it, stay tuned. 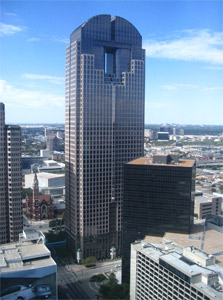 I'll show you what I'm going to do, and I'll let you know when I start doing it...

Here's the history you may have forgotten.

In 2007, Bear Stearns was the seventh-largest global investment bank and securities trading company in the world. In July 2007, two of its hedge funds began having lots of trouble and ended up sinking like stones in the vast mortgage-pool black hole they were betting heavily on.

While a lot of people think that was the beginning of the end for Bear, it didn't have to be.

Fast-forward to March 14, 2008. Bear Stearns was, by most accounts and legitimate accounting methods, totally insolvent. But the U.S. Federal Reserve agreed on that day to provide Bear a 28-day, $25 billion loan to get its act together.

The very next day the folks at the New York Fed said, "Never mind, we're not helping you." And one day after that, the New York Fed essentially funded with $29 billion JPMorgan Chase & Co. (NYSE: JPM)'s $2 a share buyout of Bear. For its part, JPM put up a whopping $1 billion and got all kinds of protection against any losses.

And a month later, JPMorgan Chase pays $2/share to buy all of Bear's assets?

To be fair, a subsequent class-action suit forced JPM to raise its price to $10/share. Not out of generosity, but to minimize shareholder suits in the future.

Fast-forward again to the fall of 2008, and like déjà vu all over again, Lehman Brothers followed Bear Stearns into the toilet. Only this time nobody was there to pick it up.

The fourth-largest investment bank in the United States died an ugly death.

The Lehman story is even more interesting than the Bear story. But this isn't about stories.

The truth is that both Bear and Lehman were systematically exterminated.

They were both gang-tackled (I'd like to use another phrase here, but my publisher won't let me) by their competitors to eliminate them from the shark tank that was getting crowded by them getting too big to compete easily against.

There's so much information out in the public domain that there's no refuting it. The only thing that isn't out there is a book that brings all the pieces together and tells the whole truth.

Now, Goldman is at it again...