Last October I wrote to you about one of the most exciting and potentially profitable “Unstoppable Trends” of all – Human Augmentation. At the time I noted that the human augmentation market will conservatively be worth hundreds of billions of dollars by 2020 because it’s expanding at a compound annual growth rate of 43.52% a year.

I think I may have understated things.

Recent research suggests that we need to move beyond technology to include biological upgrades, too. That means the target market potentially doubles right along with our profit potential.

That’s going to be fabulous for my favorite Human Augmentation recommendation: Ekso Bionics Holding (OTC: EKSO). It’s returned 25% since I first brought it to your attention last autumn.

It’s also going to be great for a few other Human Augmentation companies I highlighted in October.

One of them has recently doubled, while a few others are up two, three, or twelve times the overall return of the S&P 500 this year.

Here’s what you need to know to profit from the Human Augmentation Trend today. 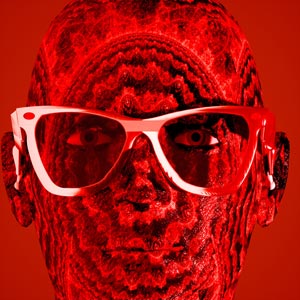 Growth So Explosive That Even the Mainstream Media Notices

Back in October, I noted that Human Augmentation was so inconspicuous from an investment perspective, I hadn’t seen a single analyst tie it together the way we have.

That’s still true today, which means the “first mover” advantage you have is very real at a time when 99% of the investing public remains oblivious. But it’s changing very quickly.

I know this because Research and Markets recently published a comprehensive report on human augmentation last month drawing many of the same conclusions we have. So the cat is out of the proverbial bag.

What’s interesting about this, though, is the way the mainstream media responded. Both CNBC and FOX News reported on the projection, as did dozens of other outlets.

That tells me that there’s an awakening underway. The dawning realization that this is not merely a science fiction indulgence makes the Human Augmentation market an even more viable investment opportunity.

This also suggests you can expect the tone of the coverage to shift even more rapidly as more investors discover what we already know.

And that means fresh interest in companies we’re already tracking. Here’s what you need to know about our best performers.

When my colleague Sid Riggs at the Money Map Report made the case for investing in Synaptics Inc. (Nasdaq: SYNA) to me in June 2014, I was so impressed I stepped aside to let him take the lead for that month’s issue.

And, sure enough, Money Map Report subscribers made some impressive gains…

Can a person invest in human augmentation with just 50 dollars