Because of slowing demand and an uptick in U.S. shale production, oil prices have plummeted over 50% since last June. And the industry's performance actually worsened as 2015 started. On March 23, Brent crude fell to $54.74 per barrel. West Texas Intermediate fell $0.94 to $45.56. 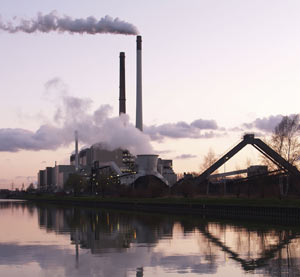 But oil will head higher. Money Morning Global Energy Strategist Dr. Kent Moors expects to see it rise to about $58 a barrel here in the United States by late August, $65 a barrel in London. He believes an inevitable mergers and acquisitions (M&A) cycle will create a competitive market environment. The large American operating companies will look to buy the smaller, highly leveraged firms as assets.

Plus, Moors says, "while some new shorts are emerging (indicating a near-term downward pressure in prices), the broader market is still moving into long positions, a calculation by traders that prices will be moving up."

This leaves some of the biggest high-yield energy stocks on sale - so investors can grab some shares for a bargain and collect dividends.

Royal Dutch Shell Plc. (NYSE ADR: RDS-A) operates an independent global gas and oil company. It extracts crude oil, natural gas, and natural gas liquids. As of March 23, RDS has a dividend yield of 6%. The company has averaged its volume at 4.3 million shares per day over the past 30 days. Currently, its market cap is $196.2 billion. Money Morning's Global Energy Strategist Dr. Kent Moors told his readers last month that energy stocks paying dividends like Royal Dutch Shell are a good buy now. "While the turnaround in oil stock fortunes might be delayed, a solid 'play' in the interim would be to focus on stocks with secure dividends to boost returns until they inevitably rally," said Moors.

Thanks for a great article. I have a question on preference. I am intrigued by Chevron for an investment. I am also interested in Halliburton. Do you have a preference of one over the other?

I don't want to invest to far into this area with the volatility of it all right now.

Chevron has the acreage where the oil is hiding, buy CVX.