It's easy to make money when stock prices rise.

Just invest in one of the 5,000 stocks listed on major exchanges or one of the hundreds of exchange-traded funds (ETFs) that are already available – with more being added almost every day.

But if you want to make money when the stock market crashes, it's just as easy.

Shorting strategies will allow you to cash in when stocks, bonds, or other assets fall in price. 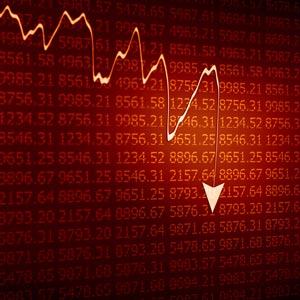 Indeed, there are lots of ways to make money when things go down. But just knowing about the three most popular strategies to play price or market declines is enough for you to cash in on the next stock that plunges on disappointing earnings – or on the next bear market in blue chips.

Those three key "short-side strategies" are:

When I talk to investors, one of my main messages is that "there's always a place to make money" – with any kind of asset… and in any kind of market.

And short-selling is a core piece of that belief.

In fact, investors who aren't at least considering short-side trades are missing major profit opportunities – in essence, leaving lots of money on the table.

ETFs are packaged products that trade all day like stocks.

You can buy them… sell them… and short them.

And there are hundreds to choose from.

Inverse ETFs are a category of exchange-traded funds that do the opposite of what an underlying portfolio or index does.

When markets fall, inverse ETFs rise in value. And the steeper the market drop, the bigger your profit.

14028 Reads
These 3 High-Yield REITs Pay 8%, 10%, and 12% Dividends
REITs produce gobs of cash from rent and other fees generated from properties including office buildings, storage units, multifamily units, and more.