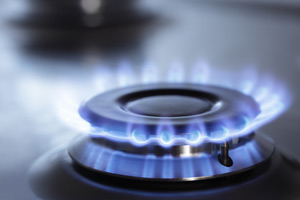 Natural gas prices have been on the rebound this month. They've soared 13.6% since settling at a low of $2.57 per million British thermal units (BTUs) on April 27.

You see, natural gas trade is much more localized than oil trade because natural gas is harder to transport overseas. But LNG can be transported much more easily than traditional natural gas.

And LNG will drastically change the natural gas market by making it a globally traded and globally priced commodity.

A natural gas ETF that holds LNG stocks is the perfect way to play the sector's transformation. And with its booming production, the United States will be at the forefront of the changing natural gas landscape...

U.S. LNG Exports Are About to Change the World

Since the U.S. Department of Energy recently loosened up export regulations, the United States is projected to provide 8% to 12% of all global LNG exports in five years. That's up from zero exports right now.

"The idea of U.S. LNG exports is so strong and unstoppable, that it has the power to change the world," Moors noted. "It's the result of one of the biggest reversals of fortune I have ever witnessed."

The United States is expected to start exporting LNG by the end of the year to meet rising global natural gas demand. This will be the first time the federal government has allowed export projects since banning oil and gas exports during the 1973 oil embargo.

Global LNG demand has doubled in the last 15 years. It's expected to double again within 10 years.

The chart below shows just how huge LNG demand is across the world...