I bet you don't know about the connection between tech investing and that 1978 comedy classic "Animal House."

It has something to do with the very recent history of Apple Inc. (Nasdaq: AAPL) stock.

And for investors like you, there's a very powerful lesson to be learned.

Today I'll "whisper" that lesson to you. 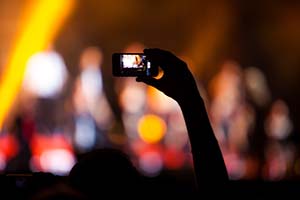 If you lost too many brain cells while watching this flick starring the late John Belushi, let me refresh your memory.

"Animal House" follows the hijinks of a group of misfit fraternity brothers constantly in trouble with their college.

In one of the film's more memorable scenes, we learn that these Deltas are in so much hot water that Dean Wormer has put them on "double secret probation."

Something similar has happened to Apple since it joined the Dow Jones Industrial Average in March and became the bellwether technology stock.

I'm referring to the impact Wall Street's "whisper earnings" had on Apple stock on Wednesday. That day, shares of the iDevice King dipped more than 4% – despite stellar earnings.

Here's how it happened…

Like most investors, you know that each and every quarter, stock analysts issue their forecasts for sales and profits on the companies they cover. These are the "official" projections.

But many bullish analysts have unofficial targets, and those numbers get whispered around Wall Street.

And right now, tech analysts seem to be competing with each other to forecast the highest possible target price for Apple stock. By doing so, they hope to drive more sales to their brokerage houses – and bolster their reputations.

So that makes these Apple "whispers" an unhealthy blend of greed and ego.

And when the company in question doesn't actually beat the whispers, that can lead to a sharp price decline – even if the firm reports sterling financials.

That's exactly what happened when Apple came under pressure earlier this week, losing some $60 billion in market value in just a few hours of trading.

And that makes it a classic overreaction based on unrealistic expectations.

But these days, it seems pretty conservative. I've seen short-term target prices for Apple as high as $195 per share.

It's almost like there's an unspoken competition on Wall Street to see who can come up with the highest target for Apple sales, particularly regarding the iPhone.

In the June quarter, the mega-cap firm sold 47.4 million iPhones, a 35% jump from the year-ago period. That massive sales record helped the Silicon Valley legend boost profits by 38% in the period to $10.7 billion.

Not only that, but the average selling price for an iPhone was $660 in the third fiscal quarter.

Despite the adverse effect of the dollar's rising value in foreign markets, Apple increased the iPhone price average by close to $100 for an annual jump of nearly 18%.

But that stellar performance just wasn't enough to satisfy the most bullish analysts, some of whom were hoping to see sales of 49 million units – or more.

And in overreacting to Apple's news, the Street missed several key factors that show enormous strength for the company.

Let me show you some of them…

Sure, explanations like "whisper number" sounds good, but so do a number of other explanations. You expect me to believe that because Apple Failed to sell 51 Million I-Phones instead of 49.9 Million I-Phones that the stock sold off from $130/share to $125/share in one day?? Come-on.

The "Polar Vortex" last Winter was the reason given for a negative GDP for the 1st Quarter. How about Apple just got ahead of the fundamentals we already knew about and more importantly, China's growth is now not so rosy, in the eyes of many.