Last week, I emphasized that despite the market's recent setback, the U.S. economy is in overall good shape.

Turns out I'm not the only one who "gets" the economy's fundamental strength.

The United States' 3.9% economic growth is fueling a historic boom in mergers and acquisitions (M&A). In fact, a recent report from Dealogic pegs the value of U.S.-targeted deals so far this year at nearly $1.7 trillion - 45% higher than last year's pace.

This represents the biggest nine-month period ever for domestic M&A and accounts for fully half of the $3.4 trillion in global deals.

You can credit the robust pace of American M&A to the fact that our economy is expanding while Europe's stagnates and China's growth rate cools. Plus, with the U.S. Federal Reserve keeping interest rates near zero, companies are finding it cost effective to borrow the capital needed to finance takeovers.

And it's an industry that Wall Street had all but written off just seven months ago.

Today I want to show you how to profit from the current M&A boom by using a tech investment that history says is all but certain to beat the market over the next two years... 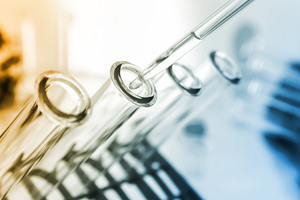 We saw it happen this past February when Washington began cracking down on "tax inversion" deals.

In a tax inversion, a U.S.-based company buys a foreign one in a country where corporate taxes are lower. Then the company "moves" its headquarters there (on paper).

To hear mainstream analysts tell it, tax breaks are the only reason inversions became popular. But that's not true.

The other reason American biotechs seek to buy foreign firms is because many of those offshore companies happen to have a deep pipeline of new drugs.

In fact, in a conversation we had here on Feb. 20, I said the desire to save on the expense of bringing new drugs to market - a process that can take a decade and cost $1 billion - would continue to drive drug and biotech M&A.

Which is exactly what occurred....

A recent report from Thomson Reuters puts health-related deals, including biopharmaceuticals, medical devices, and insurance firms, at the top of the M&A heap for the first half of this year, the last period for full data in this sector.

All told, those health-related mergers totaled roughly $254 billion in the period - 25.2% of all American M&A.

The fourth quarter will finish strong as well.

We'll see more of this going forward as biopharma companies use M&A to bolster pipelines, cut costs, and expand their geographical reach.

How to Play It