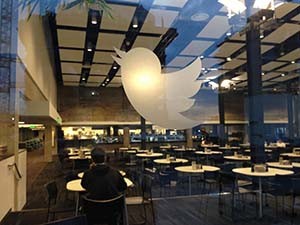 Limited user growth, a decline in engagement, a high ad load, and rising competition in the mobile space were all reasons Morgan Stanley lowered its TWTR stock price outlook, according to Business Insider.

Money Morning subscribers should not be surprised by Morgan Stanley's TWTR stock analysis...

Our Chief Investment Strategist Keith Fitz-Gerald warned investors about the TWTR stock rating in August. Fitz-Gerald said to look past sensational headlines on the so called "rebound" of the Twitter stock price when it rose slightly mid-month.

"Don't buy it for a New York minute," Fitz-Gerald said in August. "The company still has serious problems, and the narrative you're hearing is intended to do one thing and one thing only... separate you from your money."

Here are the reasons that Fitz-Gerald had a low Twitter stock price prediction well before Morgan Stanley came out with this lowered guidance...

Fitz-Gerald said in 2013 that Twitter's initial public offering price of $26 was too high.

Now, he believes that the struggle to acquire more users, lack of engagement of current users, and the revolving door of key executives leaving - like Vice President of Corporate Development Rishi Garg - are key reasons why Twitter stock price predictions will continue to fall.

Facebook also reported a 17% increase in daily active users in Q2 of 2015, while Twitter reported an increase of just 4% of MAUs during that same time.

But that enthusiasm will disappear if Dorsey is unable to attract new users.

And there's a bigger problem. Twitter is also having trouble keeping its current client base...