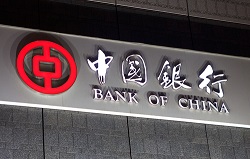 Beating up on China has become a national sport for Western commentators. Their economy is slowing, they lie about their statistics, and their "growth" is being propped up to meet political objectives, goes the chorus.

But Money Morning Chief Investment Strategist Keith Fitz-Gerald pointed out this slowing growth is not the catastrophe everyone is making it out to be...

"Chinese growth drops to only 6.9%, probably manipulated, but it's the best we've got," Fitz-Gerald said on Oct. 19. "At this point, the Fed is completely bamboozled. Watch the China bears come out in full force. Then sweep them aside emotionally and get back down to business. Growth of 6.9% is still 6.9%, manipulated or not."

The truth is, some of the China concerns are overblown. The country's economy has nearly doubled in size from six years ago. Even at a lower growth rate, China remains a key driver of global consumption and production.

And other impressive data swirling around are largely ignored.

The growth of Chinese banks is a great example. Richard Bove, equity research analyst at Rafferty Capital Markets, pointed out on Nov. 5 that Chinese banks eclipse their U.S. rivals.

But by the end of Q3 2015, the China banks have not only caught up with U.S. banks' assets - they've surpassed them. Bove reports U.S. banks now have $8.1 trillion in assets, while the Chinese banks have $11.8 trillion.

And that doesn't even tell the full story of how fast Chinese banks are growing right now.

"The shift in power is even more dramatic if one looks at the net profits of both sets of institutions. In 2004, the four U.S. banks had a total of $42.7 billion in profits, while the Chinese banks had $12.6 billion. If we use the third quarter of 2015 to make a current comparison, and we annualize the figures, we see that the U.S. banks now have $86.4 billion in net profit and the Chinese banks have $141.2 billion," according to Bove.

In fact, now the smallest of the biggest four Chinese banks, the Bank of China, has more assets than does JPMorgan, the biggest bank in the United States. The Industrial and Commercial Bank of China made more money in the third quarter than JPMorgan Chase and Wells Fargo combined.