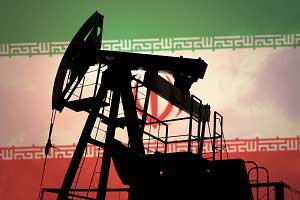 U.S. Secretary of State John Kerry told reporters on Thursday the final step to implement the Iran nuclear deal is just "days away."

The deal - struck on July 14, 2015 - imposed curbs on Iran's nuclear program in return for easement of sanctions on the country. These sanctions limit Iran's oil exports and development of its oil and gas fields.

Sanctions were originally scheduled to be lifted sometime in spring 2016, reported Reuters on Aug. 24, 2015. But Iran met its commitments - on Nov. 2 with its nuclear centrifuge dismantlement and yesterday's Arak reactor deactivation - ahead of schedule.

Will Iran sanctions be lifted sooner than expected as a result?

Not if cautionary voices in Congress can help it...

Will Iran Sanctions Be Lifted, or Renewed?

A voice of opposition grows louder as execution of the Iran nuclear agreement nears.

On Dec. 28, Sen. Kelly Ayotte (R-NH) introduced legislation to Congress that would block lifting sanctions until the Obama administration has handed over a military report on aspects of Iran's nuclear program and has certified that any military-related activity tied to the country has ended. Ayotte's legislation was prompted by missile tests carried out by Iran on Oct. 10 that reportedly violated a UN Security Council resolution.

On Jan. 4, the Philadelphia Inquirer published an op-ed by Sen. Pat Toomey (R-PA) and former Homeland Security Secretary Tom Ridge that called the sanctions lift "foolish." They argued the deal was the "only incentive for Iran to even pretend to comply with the agreement" after the country acted in bad faith.

Coons asked President Obama to impose new sanctions against the country because of ballistic missile tests.

In spite of this collective bipartisan cry, the Obama administration argues that the nuclear agreement is a separate matter from Iran's missile program.

And so it appears the sanctions lift will move forward...

Yesterday, Iran announced it removed the core of its plutonium reactor and filled it with concrete. This was the biggest the part of Iran's fulfillment in the deal. Now the International Atomic Energy Agency will verify it was done satisfactorily - a process expected to take days, reported The Washington Post yesterday, not weeks. Should the IAEA return in favor of Iran, U.S. and international sanctions can be lifted.

Once sanctions are lifted, Iran will boost oil production, making a new grade of crude available in March or April. Iran is the fifth-largest member of OPEC.

Will Iran sanctions be lifted sooner than expected? Tell us what you think on Twitter @moneymorning or Facebook.