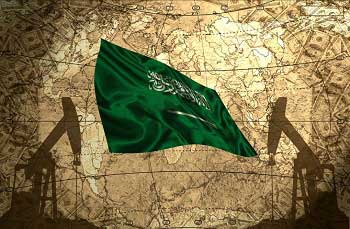 Saudi Arabia Saudi Arabia is the world's largest crude exporter. And right now, the country is a little worse for wear...

Several factors are working against the Middle Eastern kingdom:

Of course, the country did this to itself when it flooded the market and boosted its own oil output to 10.6 million barrels per day back in November 2014. Regardless, because of these issues, Saudi Arabia faces profound challenges to its economy and political systems.

And that means there's opportunity on the horizon for investors as Saudi Arabia shifts to save itself from its self-created "oil glut deathbed"...

While Saudi Arabia indeed plans to cut spending and eliminate fuel subsidies, renewable energy is garnering attention in the region.... 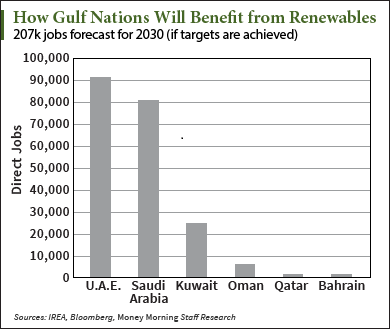 Bahrain, Kuwait, Oman, Qatar, and the United Arab Emirates are shifting their focus as well.

You see, renewable energy would allow these countries to save upwards of $55 billion to $87 billion by 2030, reported Bloomberg yesterday.

Furthermore, the Gulf Cooperation Council (GCC) published a report yesterday that revealed how scaling up renewable energy in the gulf area will not just benefit the industry as a whole, but could also create more than 200,000 direct jobs.

This spells opportunity for investors.

There's a specific part of the renewable energy sector -- a part that Saudi Arabia has already invested $109 billion to commercialize -- that could build up the country's wealth all over again.

In fact, the Saudi oil minister, Ali Al-Naimi, says the country could completely stop using oil and gas thanks to this one particular renewable.

Here's how to invest in Saudi Arabia's new energy focus...

Yeah with a name like " money morning" it has to be true. (Rolls eyes). Saudi has a 5 TRILLION dollar war chest. You ain't seen nothing' yet honey.