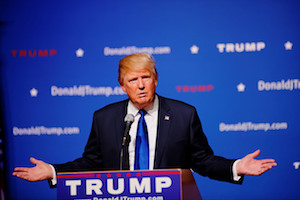 Already retirees' SSI benefits are suffering from low oil prices. The cost-of-living adjustment (COLA) wasn't raised for fiscal year 2016 — as it likewise wasn't in 2010 and 2011 — because of plummeting oil prices and a lack of inflation. This means that when prices do increase, retirees' benefits won't go up in lockstep – thus resulting in increasingly stressed bank accounts and tighter wallets.

Each of the 2016 presidential candidates has touched on how they'll make changes to fix Social Security. But relaying those policies to Americans in a comprehensive way has been a struggle. Among Republican caucus voters surveyed by AARP, 45% would like to know more about GOP presidential front-runner Donald Trump's plans. Forty-one percent would like to know more about Sen. Ted Cruz's (R-TX) and Sen. Marco Rubio's (R-FL) plans.

That's why Money Morning is taking an in-depth look at each of the candidates' SSI proposals, so that readers can have a better understanding of where their preferred contenders stand.

Here is a look at Donald Trump's ideas on Social Security…

Donald Trump on Social Security: Bringing Back Jobs Will Save Medicare

At a Dec. 14 rally in Iowa, Trump was asked to provide details regarding his Social Security proposal by an AARP representative.

The phrase "countries that are ripping us off" closely echoes a similar sentiment Trump had expressed in an earlier interview on CBS' "60 Minutes" on Sept. 27…

During the segment, the billionaire businessman said, "I want to take back money we are sending to other countries that want to kill us, and without increases, and we are not going to raise the Social Security age."

By taking back funds from countries "ripping us off" and "that want to kill us," Trump is referring to taking back money the United States gives countries in foreign aid. This amounts to $37.9 billion planned for FY 2016, according to the government's website, foreignassistance.gov.

Trump raises a good point in looking for excess that could be redirected back to the American people.

So other countries are ripping us off, and he wants to bring jobs back. No one disagrees with that at least to some degree. BUT where is the plan to help or save Social Security? He doesn't even mention anything about SS. Blah!

Well, the people are suffering too because businesses get price increases every week and yet we don't get an increase in our retirement/pensions. How can we afford 5 wars and install a missile system in Poland to aggravate Russia but we cannot afford to fix the infrastructure in this country. Why fight for this country when there is nothing in it for the people but for the one percent?

why doesn't the federal gov. who took $ from social security pay back the $ that were taken and used for other agencies????

I don't keep up with anything because I'm always busy and don't get to watch to much TV so can anyone enlighten me on what's going to happen to people on SSI. is it taking a major $ cut, are they going to cut us off , what's going on? I would like to know because I have 4 kids and I'm on SSI. I do not collect welfare because I grew up in a family that taught me how to get by with very little and still have everything I want and need aswell as what my kids want and need. So I support a family of 5 on $886.00 a month and we are doing great. It would be a major set back if my income got cut or taken so please someone tell me what's gonna happen to SSI recipients?

from what i hear its going away, and being replaced with help with counceling and skills for work, kids and adults will lose ssi