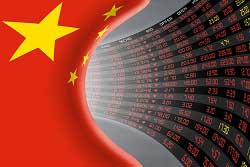 Futures for the Dow Jones Industrial Average for today (Monday) forecasted a 100-point decline after oil prices slipped again and China reported that its manufacturing sector contracted at its fastest pace since 2012.

On Friday, the Dow gained more than 396 points following a surprise decision by the Bank of Japan to adopt a negative-interest-rate policy. The Volatility S&P 500 (IndexCBOE: VIX) - Wall Street's fear gauge - slipped 9.4%.

The Iowa Caucus is today. Here's what you need to know before this major political event takes place...