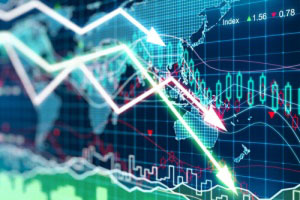 Futures for the Dow Jones Industrial Average today (Thursday) forecast a 265-point decline after European markets cratered and the U.S. 10-year bond fell 1.6%. The U.S. dollar is at a 16-month low against the yen as traders continue to purchase gold and bonds. Concerns about the European financial sector remain in focus as the continent continues to swim in debt.

Yesterday, the Dow Jones fell 99 points as markets reacted to U.S. Federal Reserve Chairwoman Janet Yellen's testimony before Congress on the health of the U.S. economy.

Many investors fear we're headed for a stock market crash, correction, or bear market. Here's what our Money Morning experts predict will happen in 2016...