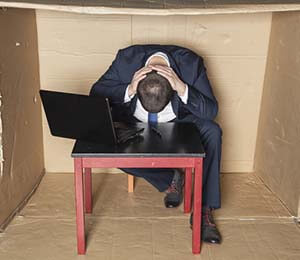 Dow Jones Industrial Average News, 4/27/2016: FANG stocks were keeping the markets afloat during the financial downturn during the first quarter. Now, they're slumping as a string of weak earnings reports weigh on investor sentiment.

Despite what the headlines are saying, Tuesday was actually a pretty good day for the markets. The S&P 500 saw 18 companies hit new 52-week highs, while just one hit a new low.

Meanwhile, the Nasdaq saw 60 new 52-week highs and 24 new 52-week lows. With the U.S. Federal Reserve meeting and earnings reports in focus today, everyone is wondering where the market is headed.

Can the market maintain momentum, or will the big names pull down the broader market? That's part of today's top stock market news, stocks to watch, ways to profit, and economic calendar for April 27, 2016.

Dow Jones futures projected a 45-point slide as investors let earnings sink in and they begin to focus on the Federal Reserve's conference set for this afternoon. Tech stocks are slumping this morning, as the Nasdaq futures project a 49-point decline, or a 1.1% slump.

Here's a breakdown of why the markets are pushing lower this morning.

Amazing New Opportunity: Everyone is looking for the next best penny stock, and we think we found one you're going to like. In fact, this penny stock could provide gains of 100% or more. Find out what it is and how to profit…