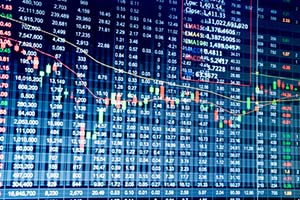 On the jobs front, more Americans than expected filed for unemployment benefits last week, raising concerns about the health of the employment market after April's weak report. Claims for state unemployment benefits surged to seasonally adjusted 294,000 last week. According to RBC Capital Markets, the rise is partially tied to a large strike by Verizon Communications Inc. (NYSE: VZ) employees. However, other economists suggested that seasonal affects were having a more pronounced impact on employment.

The U.S. Federal Reserve is in focus today as economists now anticipate that the central bank will delay a rate hike until at least September, according to a poll by Reuters. This is the second time that economists have delayed their expectations since the Fed raised rates in December.

Meanwhile, as the Fed has debased the dollar, missed multiple financial crises, and delivered too few benefits to the vast number of Americans, Democrats are arguing there's a more important problem at the central bank: A lack of diversity. The Majority of House Democrats and a handful of U.S. Senators like Elizabeth Warren sent a letter to Janet Yellen encouraging the central bank to "to improve the diversity of its top officials and increase the representation of consumer and labor groups in its ranks."

It's takeover time once again. Shares of Cnova NV (Nasdaq: CNV) rallied more than 47% on news that the company will be receiving a takeover bid from Casino SA. The offer for outstanding shares values the company at roughly $196 million.

Meanwhile, shares of Monsanto Co. (NYSE: MON) rallied more than 8% on news that the seed giant has become a possible takeover target. Reports have named firms like Bayer AG (OTCMKTS ADR: BAYRY) and BASF SE (OTCMKTS ADR: BASFY) as possible buyers. Shares of the respective firms fell more than 1.2% and 4.3% on the day.