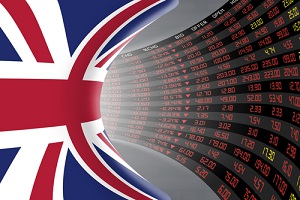 Investors around the world are worried about a stock market crash after the Brexit results are revealed tonight (Thursday, June 23). After all, the anticipation leading up to the referendum has sent the Dow Jones Industrial Average and S&P 500 down 1.2% and 1.6%, respectively, over the last two weeks.

Unfortunately, we've found four additional factors that could send the U.S. stock market into turmoil this year after the results of the Brexit vote.

Before we get to those factors, here's what you need to know about the UK referendum today and the impact it will have on markets…

Why a Brexit Could Cause a Stock Market Crash in 2016

UK citizens hit the polls today to vote on whether or not the country should remain part of the European Union. Early results showed the "remain" camp with a narrow lead on "leave." But the outcome is still uncertain as roughly 12% of eligible voters were considered undecided in polls earlier this week.

The uncertainty and rising momentum for the "leave" camp in recent weeks urged many experts to tout the dangers of a Brexit.

According to legendary investor George Soros, every UK household will be affected due to the declining value of the British pound. He warned a Brexit could result in a bigger pound devaluation than the 15% plunge that occurred on Black Wednesday in 1992.

Britain leaving the EU would also have a dramatic impact on both the political landscape and global markets.

One of the biggest political consequences of a Brexit is citizens in other EU countries would be tempted to follow Britain's lead and leave the 28-member bloc.

As for the U.S. stock market, Bank of America Merrill Lynch projects a more than 7% decline in the wake of a majority Brexit vote.

But even if there is no Brexit, fears of a stock market crash still loom thanks to four global factors…

These Four Factors Could Cause a Stock Market Crash in 2016

Stock Market Crash Factor No. 3, The Federal Reserve: When the U.S. central bank concluded its June FOMC meeting, it projected one rate hike in 2016 and a minimum of three rate hikes in 2017. But St. Louis Fed President James Bullard said last week the U.S. economy may only need one rate hike through 2019. Lewitt says the Fed should have seriously discussed raising rates back in 2014 when we were in a bull market. Now, any rate hike will cause total market chaos due to the slowing global economy and other countries' use of negative interest rates.

Stock Market Crash Factor No. 4, Earnings: U.S. companies are expected to have a terrible Q2 earnings season. According to FactSet Research Systems Inc. (NYSE: FDS), the estimated earnings decline for S&P 500 companies is 5.1%. If the S&P 500 reports an earnings decline for the second quarter, it will mark the first time the index has had five straight quarters of year-over-year declines since the 2008 financial crisis.

The people are awakening. Stop reporting false narratives. The UK is free and soon the French, Dutch, and Spanish will all follow suit. Freedom is in our lungs and our souls. The days of false media reports and corrupt foreign bankers are coming to an end. Be weary Englishmen and Women…the elite will try to bring another vote through their minions of sick minded globalist slaves. PNCL