Today’s column will contain some of the most valuable investing advice you’ll ever read.

But, be forewarned. You won’t see this anywhere else.

What I have to say is much more direct… blunt even.

I’ve chosen to publish this column today because I want every investor who reads it to have a fighting chance against the permabears in the months ahead at a time when the headlines are hopelessly negative and running for the hills seems like a prudent thing to do.

Not 1 in 1,000,000 investors will come to terms with today’s message, which is too bad considering how much wealth will be created by those few – like you – who do.

Even if they don’t want to believe it.

The Perspective to Turn Pessimism into Profits

Years ago I was a typical newbie investor trying to make sense of the financial markets. Like many people in the early 1980s, I found it difficult to come to terms with the collapse of the Soviet Union, runaway inflation that was a legacy of the 1970s, a recession, oil deregulation, and more when it came to my money.

The headlines were extremely negative, leading some very smart people to conclude that the economic woes of the time were insurmountable and, by implication, investing was not worth the risk.

A self-taught investor widowed at a young age, she was making thousands of dollars a month at a time when that was inconceivable, and her portfolio was doing exceptionally well.

I asked Mimi how she was doing that. What was she buying?

She told me, and my understanding of how markets worked changed overnight.

What did Mimi say?

Was it about which companies to buy? Cutting risk? Finding undiscovered stocks?

Mimi simply looked across the dining room table and said:

…people want to believe the world is going to hell in a handbasket.

That was a major “a-ha” moment for me.

Suddenly I understood why most investors cannot buy low and sell high, why they try to time the markets even though that almost never works, and why they cannot remove emotion from the equation even though they know it’s the single biggest thing standing between them and the profits they crave.

More importantly, I also understood how to find the biggest, most profitable opportunities when others saw only chaos.

Shortly after Mimi and I had that conversation, I stumbled into research from Carnegie Mellon’s Michael F. Scheier and the University of Miami’s Chuck S. Carver who, as it turns out, were the first to put together the scientific linkage between optimism and expectation in a groundbreaking 1985 study.

They found that optimists are “problem solvers who try to improve the situation.” Pessimists simply let their behavior get the better of them.

Which brings me back to Mimi’s point about why negative headlines make the news.

Optimists sound like they’re throwing caution to the wind. The term carries an almost reckless connotation, especially today when the risks we face are seemingly higher than they’ve ever been before.

When it comes to your money a bearish view just sounds… well… smarter.

The unspoken message is that pessimists have somehow dug deeper or gone beyond the obvious to develop a nuanced view to explain what’s around the next corner.

You can’t blame people for feeling this way given the downright apocalyptic headlines at the moment: 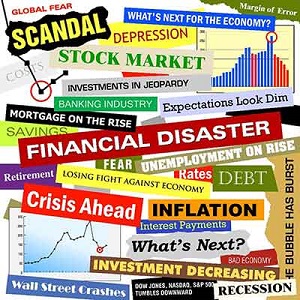 Yet, Mimi would tell you pessimism only sounds intelligent because investors subconsciously interpret it as a protective reflex – and here’s the important part – even when the data shows beyond any shadow of a doubt that staying the course is the far more profitable course of action.

In 2010, Elliott Wave expert Robert Prechter called the Dow at 1,000 and a looming market crash of staggering proportions. It was up 73% on June 22.

Demographic researcher Harry Dent took the Internet by storm in 2011, claiming the Dow would fall to 3,000. After a mere 13% dip that year, it’s up more than 63% since.

Peter Schiff, president of Euro Pacific Capital, predicted that the Dow would collapse to 2,000 in 2010. As of last Wednesday, it’s up 78%.

Unfortunately, as bright as these individuals are, what they’re doing is a lot like predicting 10 out of the last two recessions, and about as useful as worrying there will be 18 feet of snow in July based on three inches in November.

Eventually, though, they’ll get it right and claim vindication.

I’d rather see you claim profits.

Case in point, my team and I have helped readers identify literally hundreds of double- and triple-digit winners including 326%, 174%, and 214% with Altria Group Inc. (NYSE: MO), American Water Works Co. Inc. (NYSE: AWK), and Raytheon Co. (NYSE: RTN), respectively, even as the folks I just mentioned, along with legions of others, were warning of financial Armageddon.

By keeping the following Five Total Wealth Principles in mind no matter how scary the headlines get:

Total Wealth Principle No. 1: Capital is a creative force and the foundation of wealth which, in turn, is the embodiment of ideas. It is constantly growing and has been since the dawn of time. Sometimes growth slows, as is the case at present, but it will not stop. 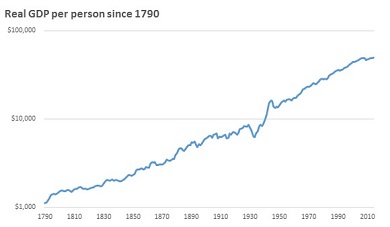 Total Wealth Principle No. 2: The markets have an upward bias, which is a function of constantly increasing amounts of money chasing fewer quality stocks over time. You can argue that the markets go up and down and you’d be right. But that does not change the fact that the general direction over time is UP. The only question is how you handle the swings, and that comes down to proper risk management. 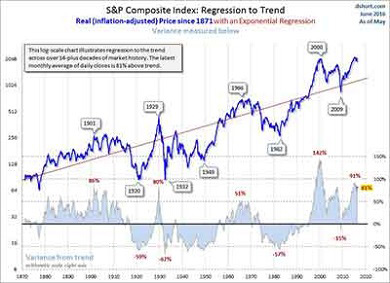 Total Wealth Principle No. 3: Technology increases total market size every time in every industry. Many pessimists base their argument on extrapolation. It’s logical, for example, to assume the markets would go to zero if you looked at what happened in 2009 when the bottom fell out and millions of investors believed the end of the financial universe was upon us.

If you’re going to extrapolate anything, understand that technology is the one constant capable of increasing market size everywhere it occurs. This means a constantly expanding stream of ideas that are ultimately translated into earnings and, in turn, into higher stock prices over time. 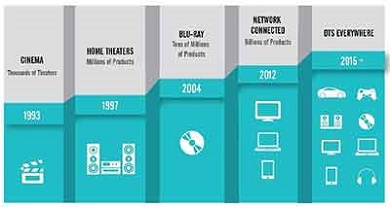 Total Wealth Principle No. 4: Profits follow innovation. Pessimists take doom and gloom personally and view it as a form of ultimatum. Optimists, on the other hand, view doom and gloom like I do and Mimi did – as an opportunity to try something different. Anything negative is only temporary, which is why you should keep in mind that innovation has never failed to produce profits. Ever. 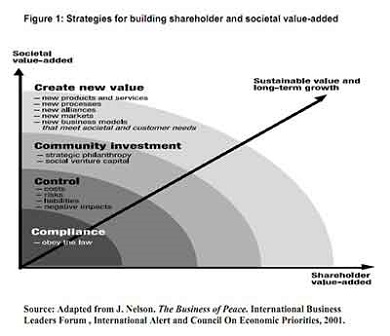 Total Wealth Principle No. 5: Disruption crosses every economic strata. Pessimists want everybody to fail, whereas optimists want even pessimists to succeed. That’s why disruption and why disruptive technology, in particular, is so powerful and so capable of overcoming even the worst pessimism. 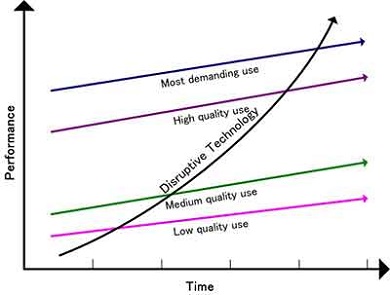 In closing, I realize that we’ve covered a lot of ground and I know it will take a while to sink in, especially if you’re prone to pessimism as many investors are at the moment.

Mimi and I had our conversation 36 years ago and I still struggle from time to time to separate how I feel about a particularly nasty headline from what I know about money and profits. Not every prediction I’ve made has been on the mark, either, but I’ve never let that get in the way of profit potential.

Speaking of which, I’ll be in Las Vegas on Thursday, July 14, with my friend and colleague, Alex Green from the Oxford Club, where we’ll be taking on Bert Dohmen and Peter Schiff as part of the Big Bull versus Bear Debate at FreedomFest. I’d love to see you there!

Editor's Note: Despite pessimistic headlines and perpetual bears, there's always a profit opportunity if you know where to look... and have the right mindset to see it when it appears. It's actually quite simple to get started. In fact, Keith is offering his full report explaining the Five Principles he uses every day to uncover lucrative prospects. To receive the report, and more of Keith's insights in the future, sign up for Total Wealth here. It's completely free!