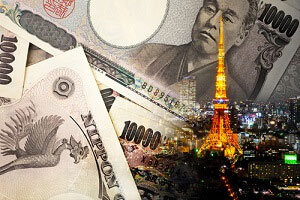 Dow Jones Industrial Average News, 7/13/2016: Yesterday, Japanese Prime Minister Shinzo Abe ordered a fresh round of stimulus after his coalition won an election in a landslide.

Shinzo decided to continue pumping money into the economy after a meeting with former Federal Reserve Chair "Helicopter Ben" Bernanke.

Trending Now: I Can't Believe What Investors Just Did

Central bankers seem to have been playing this stimulus game in Japan for two decades. As Money Morning Capital Wave Strategist Shah Gilani explains, the markets are being propped up by two central bank lies. He exposes them for our readers, right here.

While investors can expect a wealth of commentary on monetary policy and interest rates today, they might be missing a number of other stories that can help them make money.

Last night, Minneapolis Federal Reserve Bank President Neel Kashkari warned that the central bank is falling short on its target goals for domestic employment and inflation. He said that investors can expect increased patience from the Fed on monetary policy on rates. The central bank wants to see increased workforce participation. Meanwhile, Cleveland Fed President Loretta Mester said that uncertainty still exists following Britain's vote to depart the European Union. With so much uncertainty, just how much cash should you be holding right now? Find that answer, right here.

Crude was sliding this morning as the International Energy Agency (IEA) said it anticipates an increased supply glut in the coming months. Meanwhile, Credit Suisse Group AG (NYSE ADR: CS) hiked its 2016 oil price forecast from an average of $36.91 per barrel to $43.59 per barrel.