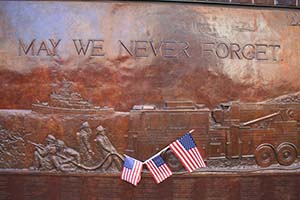 The classified section of the 9/11 report that allegedly ties the Saudi government to the Sept. 11 attacks could be released as early as Friday.

Known as the infamous "28 pages," the document is a redacted section from a 2002 congressional investigation of the 9/11 attacks.

Intelligence agencies, law enforcement, and the State Department have all finally reviewed and approved the release of the pages with "minimal redactions," CNN reported today (Thursday).

At the behest of the 9/11 victims' families, U.S. President Barack Obama announced back in April that the redacted documents would be declassified during his administration.

On May 17, former U.S. Sen. Bob Graham claimed the redacted pages would prove to be the "smoking gun" needed to link the terrorist attacks with top levels of the Saudi government, reported The Daily Beast.

That "smoking gun" was originally supposed to be released in June.

Now it's mid-July and… still nothing.

But Rep. Adam Schiff (D-CA), a member of the House Intelligence Committee, just gave the public a definitive answer…

"The House Intelligence Committee will get the redacted report today or tomorrow," he told CNN. "The Senate and House Intel committees should then give the formal go ahead to release the report since they originally produced it."

The Saudi Arabian government is prepping for the document's imminent release as well.

In fact, the Middle Eastern kingdom has likewise been pressing for the 28 pages to be made public. A senior Saudi official told CNN that Riyadh will make any potential suspects available for interview by U.S. authorities.

So far, the official stated, the Saudi government has received no such requests.

But Forbes Media, which has tried to keep tabs on "The Donald's" fortune for over three decades, maintains a very different sum.

Click here to read who's right about the money… and who's wrong.

Sincerely; Thank You All…