As I've been warning for some time, the silver spot price was due to correct. And that's playing out this week.

But I've also been telling readers to watch for the gold/silver ratio to bounce back after dropping significantly in silver's favor. That's happening now, too, and we'll look at that in more detail below. 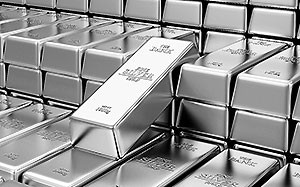 Now that U.S. Federal Reserve Chair Janet Yellen and other Fed officials have made their speeches at Jackson Hole, Wyo., we can see what that has done to the dollar and precious metals.

Her remarks that the U.S. economy is nearing the Fed's employment and inflation goals sent the dollar higher and precious metals lower.

It seems the market saw Yellen's remarks as hawkish, which explains both the stronger U.S. Dollar Index and lower silver prices.

We're going to look at what the silver spot price correction and the gold/silver ratio move could mean for silver going forward.  But first let's analyze what happened with silver prices last week…

Why the Silver Spot Price Is Correcting Now

Like gold, the silver spot price peaked in early August around $20.70. But the precious metal eventually succumbed to weakening sentiment and overbought conditions. And that trend intensified this past week.

Urgent: Despite the recent gold price slump, gold stocks are still among the best investments out there. That's why we just recommended one gold stock that could gain 49% in 12 months…

Tuesday saw silver open at $19.00 on early morning dollar weakness. But the dollar rebounded and that weighed on silver, which closed at $18.85.

Wednesday, more strength in the dollar continued to drive the silver spot price lower. Silver began trading at $18.84 but quickly dropped to $18.55 by 11 a.m. It closed even lower at $18.50.

By Thursday, these new lower levels had become entrenched. Silver opened at $18.50 and closed at that exact same price.

But after Yellen's speech on Friday is when the fireworks started. Here's how silver prices reacted:

You can see an immediate drop as Yellen's comments were made, then a strong bounce, followed by a retreat to below pre-speech levels.

Much of that can be explained by the opposing reaction in the U.S. Dollar Index. Here's how it looked: 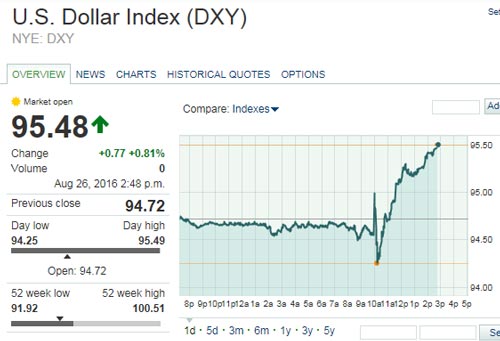 By late morning, the DXY was higher than before Yellen's speech. That means the market interpreted it as hawkish, anticipating an eventual rate hike.

Where the Silver Spot Price Is Headed from Here 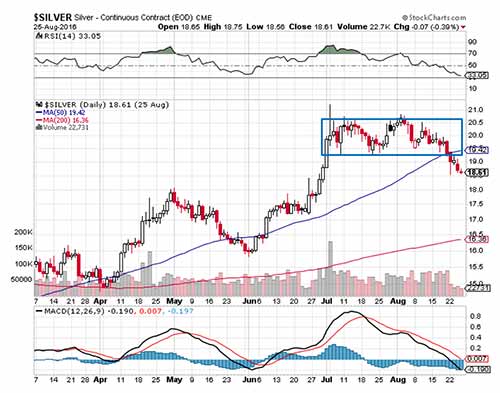 As you can see from the box drawn over the silver chart for July and August, silver has recently dropped below the bottom of its range. It has also crossed its 50-day moving average to the downside. Both of these are near-term bearish signs for the silver spot price.

Over a month ago, I told you that I thought the gold/silver ratio had corrected too much too fast.  Here's what I said:

In April, the ratio dropped dramatically from 81 to 72, and did so again between late June and early July, going from 74 to 64. The entire gap, from 84 to 64, may also prove to be too much too soon. It would not surprise me to see this ratio move back around 71 before it resumes its downward trend.

Well, here's what that updated ratio looks like now:

We've clearly seen it rise from about 64 to 71, which was my target. Now, only time will tell if that's where it peaks.

In any case, I think that silver and silver stocks have a bit more downside left in them. Perhaps we'll see silver trade down to the $18 level near term.

But once this correction runs its course, I think we could well see the silver spot price rise to test $22 in 2016.