"Look at market fluctuations as your friend rather than your enemy; profit from folly rather than participate in it."

It's tough to argue with the "Oracle of Omaha."

And Warren Buffett is right: Investor "folly" creates some of the biggest money-making opportunities you'll find in stocks.

Just look at the go-nowhere market we've been seeing in recent weeks. Stocks may plummet one day only to soar the next – all because of the bearish or bullish economic statistic du jour – but they've stayed in a very tight range for close to eight weeks.

When we reach the end of this year, I believe that the tech investors who stayed in the market – and selected the best stocks, with my help – will see that they've been rewarded for their courage. Those who spent 2016 on the sidelines will be penalized for their caution.

That prediction probably won't make it any easier for you to stomach the moves, or non-moves, I expect we're going to continue to see in the near term.

But I do believe my trading strategies will help…

You see, knowing how unnerving quiet periods like this one can be, I put together a short list of trading rules that I use during tough stretches like this. They're based on the strategies I use to guide trades in my paid services – Nova-X Report and Radical Technology Profits – but I've "tightened" them up a bit to better control risk.

Decision 2016: This Tech Investment Will Create Wealth No Matter Who Wins the White House…

And today I want to share those strategies with you.

Right now, I'm calling them my "Red Bull Trading Strategies" – a joking reference to the energy drink. But the fact is that these strategies will help keep you wide awake during this sleepy market – and not just because they reduce your risk.

Just as important is the fact that they'll keep you invested.

That means you're still making money.

And it also means you're not getting left behind.

Because, let's face it: While navigating a risky market can cause some sleeplessness…

Getting left behind is a nightmare…

Why I'm Not Worried

Before I detail my strategies, I need to tell you why I believe it's worth staying invested.

And to do that, I need to tell you folks a story… about my accountant.

Several times a year, my accountant gives me a lecture, chastising my wife and me for spending too much money dining out. And she may be right on that point.

Where I live, we've got some great, great restaurants. And those eateries aren't hurting for customers.

It's like that in much of the country. In fact, great restaurants are teeming with customers these days.

U.S. consumer spending, which powers 70% of the U.S. economy, advanced at a 4.4% annual pace in the second quarter – its fastest pace since the fourth quarter of 2014. And average spending on food services rose to a new high of nearly $1,900 a person last year, surpassing the previous peak during 2006 and far above the $1,650 a person in 2009. 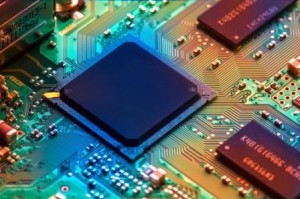 Consumers only spend on "luxuries" like that when they're confident. And that supports my belief that stocks will rally this year – with tech stocks leading the way.

Tech firms are the big innovators in this country, and they're the companies creating and pushing the economic trends that will keep America's economic recovery from bogging down.

At Strategic Tech Investor, we're helping you capitalize on that innovation with a tech investing system that focuses on growth and spotlights stocks we believe can double in price for you.

For that to happen, however, you need to keep investing – with confidence. And that means you need to stay awake during this "quiet period."

With the following three "Red Bull" tech investing strategies, you'll be able to achieve both those goals.

There are major tech profit plays available in any kind of market. But you have to play to win – which you can't do sitting on the sidelines.

For instance, if you'd invested in Google parent Alphabet Inc. (Nasdaq: GOOGL) at the nadir of the 2008 economic meltdown – when the stock sank all the way down to $123.77 per share – you'd right now be sitting on a profit of 545%.

To feel more comfortable about staying in the market, just cut back on the amount of money that you're putting at risk.

As a rule of thumb, I suggest cutting your standard position by at least half.

That way you can still invest for the long haul in great tech companies like the next Google, but you also have plenty of cash available for when the market sorts itself out.

Rule No. 1 Aphorism: A wise general keeps at least some of his powder dry for the next great tech opportunity.

This step involves buying a stock on a "split entry" basis – here we call it the "Cowboy Split."

It entails buying a portion of your target stock at the going market price and then putting in a lower limit price for the rest of the position you intend to buy.

Here's how it works. Suppose you wanted to buy XYZ Digital Corp. and the stock is now trading at $100 a share. Let's further assume it's off by 20% from its recent high, making this an attractive entry point.

The broad stock market is static – and at record heights. So you know that if you wait to see if the stock will fall even more you might just miss a sudden rally.

What is a savvy investor to do?

The answer is to buy half of your intended position at the market price of $100 and then put in a limit order to buy the second half at a further discount – let's say at $80 a share.

This way, you catch any rally that occurs with the first half of the money invested, and you also set yourself up to take advantage of any more sizable declines.

Editor's Note: Find out more on how Money Morning is making investing profitable for retail investors, just like you.

Should the market trigger your "lowball" limit order, you would then have an average purchase price of $90 a share.

When the stock regains its previous price of $120, you will have increased your profits by a bigger margin – a total return of 33% versus the 20% you would have made by simply buying all of the shares at the market price of $100.

But there are additional ways to skin this cat.

The beauty of the Cowboy Split is that you can stagger your buys even more if you want. You can cut your entries up into thirds or even quarters, and stair-step your limit orders down or up to get an even bigger bang for your buck.

The Cowboy Split also keeps your risk lower, because if the stock market takes a dive, you at least spent less money for your shares.

And if the stock never falls, but instead takes off on a run, you still have a position in the stock and will make a profit on that.

Rule No. 2 Aphorism: In a rocky market, a smart investor always hedges his or her bets.

I call this strategy the "Moneyball Method."

I named it after the book and movie "Moneyball" about how the Oakland A's won 20 straight games in 2002 (and a division title) with a shoestring budget and no big stars in their starting rotation.

Simply put, you're not looking for home runs – you just want to get on base as often as you can. The more often you get on base, the more runs you have a chance to score.

And scoring is what it's all about in the stock market because when you check the standings of your portfolio, the return-on-investment (ROI) percentage is what matters.

Let's say you invest $1,000 once again in XYZ Digital Corp. After the stock advances, you want to protect your gain and score – collect your profit – before any sudden outs end your time at bat.

For each investor, the profit target will vary. During strong bull markets, I advocate the "free-trade" strategy: When you double your money (make 100%) on a stock, you sell half and let the rest ride – in effect, leaving you to play with the "house's money."

But I think that when the market is volatile – or sleepy, as we're now seeing – a wise investor ought to consider taking some profits by selling half their position when a stock is up 50% or even less.

At that point, you can also further protect yourself by putting a "trailing stop" in place to exit the remainder of your position if the stock falls back to your original purchase price.

If a stock continues to decline and you get "stopped out" of your position where you originally bought in, you still will have collected a total gain for the entire investment.

And if your trailing stop does not get triggered and eventually the stock hits a new high, you might get a home run.

Each of these three "Red Bull Strategies" can help you make money in any type of market.

Just as it doesn't pay to throw caution to the wind and ignore risk in a bull market, it also doesn't pay to run away and hide from all risk during other times.

There's a happy medium. And that's picking the right stocks that can grow in any environment while simultaneously managing your money properly.

Even Warren Buffett would agree with that.