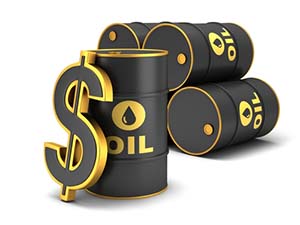 This morning, the Dow Jones Industrial Average was pushing higher in pre-market hours as investors prepared for a busy day of economic data.

First up, traders will be scanning the weekly jobless reports for clues into the September unemployment report, which will be released on Friday.

According to polls, Pence won the debate on style and substance. Unfortunately, this debate and the other debates between Donald Trump and Hillary Clinton aren't providing much insight into the candidates' understanding of the economy and the stock market.

Money Morning Global Credit Strategist Michael Lewitt says that everyone involved in this election has little understanding of our reckless economic policies.

Here's Lewitt's latest warning and what you need to do to protect your money.

On Tuesday, the Dow slumped more than 85 points as concerns over the Brexit sent the U.S. dollar surging and gold prices down more than 3%.

Now let's look at the most important market events and stocks to watch today, plus your economic calendar, for Oct. 5, 2016.

The Dow Jones Industrial Average projected a 25-point gain as investors weighed a security scandal at one of the largest U.S. tech firms. Several big firms are also prepared to report quarterly earnings. The markets will try to beat back concerns that the European Central Bank is shifting to a scenario where it may tighten monetary policy.

Trending: How to Profit When Negative Rates Push Cash to Extinction

In deal news, keep an eye on McDonald's Corp. (NYSE: MCD). The fast-food giant is expected to sell its Malaysian and Singapore franchise to Saudi Arabia investment firm Reza Group. The deal is expected to cost about $400 million and should be finished by the end of the year.

There's a big story unfolding at Yahoo! Inc. (Nasdaq: YHOO). The Internet giant is under criticism for secretly developing a software program for the U.S. intelligence community to search all of its users incoming emails. Reuters reports that the company allowed the scanning of millions of Yahoo Mail accounts for the NSA and the FBI. We will dig deeper into this story today and discuss what it means for the deal between Yahoo and Verizon Communications Inc. (NYSE: VZ).