Last week, I received a call from one of my team members at Money Map Press - and it left me a bit confused.

Naturally, I figured he was talking about the major DDoS attack that - at that very moment - was taking down a lot of prominent U.S. websites, including Amazon, Twitter, Shopify, Spotify, and Github.

Worse than that, he tried to tell me about how Elliot himself was also a target of this cyberattack...

That wasn't the case - thankfully.

Today I'll reveal to you what my colleague was talking about - and how it connects to today's huge DDoS attack.

It may sound like some sort of conspiracy theory - but it's really a huge profit opportunity... 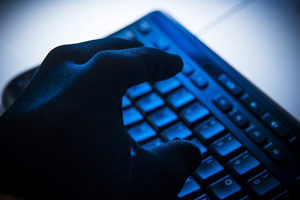 Many of you have probably already solved this puzzle - especially if you watch USA Network on Wednesday nights.

Now, I've watched the first season of "Mr. Robot" already - and plan to catch up on the second season soon. And I'm impressed with how much it gets right about hacking (though not so much the tech business world).

For those who haven't seen it yet, here's a quick rundown...

By day, Elliot Alderson is a computer engineer/programmer - a "white hat" hacker - who safeguards the clients of his cybersecurity firm employer, Allsafe.

By night, however, Elliot's a bit different. He's a socially maladjusted morphine addict who hacks "bad guys" - like child-porn rings and cheating spouses - in order to get them arrested or just exposed.

That's the backstory. The plot is driven by Allsafe client E-Corp getting struck by that DDoS attack and Elliot getting called in. After that, a mysterious group of Coney Island-based hackers - the fsociety - enters.

From there, the plot gets pretty murky - but like I said, what I really like about "Mr. Robot" is what it gets right about the world of hacking.

It's mostly correct about the technical details of hacking (DDoS attacks are pretty esoteric and hard to explain - but the show does it well). It gets the jargon hackers use right. And it gets hackers' motivations right: Sure, most hackers do what they do to cause trouble or steal, but plenty of others use it as a coping mechanism... or as a form of "justice." It's justice I agree with, but a lot of these guys do have moral codes they stick to - and I have to give them that.

Juniper Research recently estimated that the global cost of data breaches - hacks - will reach $2.1 trillion by 2019. That's nearly four times the estimated cost of cybercrime in 2015.

So let's review our "play" on cybersecurity...