If Nov. 8 felt like a "disruption in the Force," that's because it was.

The election of Donald Trump is going to hugely disrupt a lot of things in Washington and around the country and the globe. I've already told you how the new administration could shift billions of dollars toward defense technology. And I'll be sharing more thoughts like that on how and where to shift your own portfolio in the weeks and months to come.

But here's one thing that Trump isn't going to change...

I'm talking about the greatest money-making opportunity we'll see in our lifetimes. That's the Singularity Era and all the innovations coming out of Silicon Valley and elsewhere that this brand-new era represents - and that will make you 10x gains.

So today I want to show you a technology that is poised to disrupt passenger transportation and, therefore, how we live in this Singularity Era. 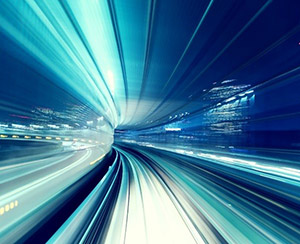 Thanks to this transportation tech, you'll be able to ride on solar-powered, magnetically levitated rail cars that will get you from New York to Chicago in roughly an hour. This budding technology could, in fact, be the fifth great transit mode after boats, trains, cars, and airplanes.

But this isn't just plans on a blueprint stuffed away on some nerd's cloud account.

In fact, one of this technology's developers just unveiled its concept for this futuristic transport system that could deliver passengers in the United Arab Emirates from Dubai to Abu Dhabi at roughly 700 mph in 12 minutes.

Let me show you what I'm talking about...

Back on June 28, when I first told you about Hyperloop technology, I focused on two American firms that are racing to get their systems up and running.

Turns out, my analysis of this tech wave's impact was too conservative.

In recent weeks, I've seen several new developments that demonstrate how this platform can extend well beyond transportation.

And that is just one more piece of evidence for what I've been saying for a few weeks now...

That was the first time that ever happened. And this new paradigm is now driving the whole economy and will be the leading source of wealth for decades to come.

The Hyperloop is a transit system that can connect major cities at speeds up to 760 mph.

That kind of speed would change the very nature of our daily lives. People in San Francisco might be able travel to Los Angeles for dinner... in 35 minutes... meaning they could return home that night. You could attend a conference five states away - and be back in your own bed the same night.

Of course it took a tech visionary like Tesla Motors Inc. (Nasdaq: TSLA) founder Elon Musk to dream this up. Back in 2013, at the headquarters of his Space Exploration Technologies Corp. (SpaceX), he laid out how this novel technology would operate.

Somewhat oddly, Musk didn't see this as a way to add billions to his own net worth. Instead, he wanted other firms to use his basic designs to help make the Hyperloop a reality.

So far, two firms have taken up that challenge. Hyperloop One, based in Los Angeles, and Hyperloop Transportation Technologies (HTT), which got started in part through a crowdfunding campaign, have been completing key designs, testing various components, and building relationships with the key decision makers in cities around the world.

One of those places that is looking at getting a Hyperloop up and running is Russia.