It's been a challenging week for silver investors, given the post-election drop and ongoing weakness in the price of silver. 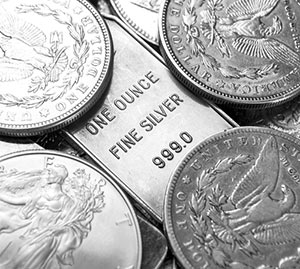 I think what's happened is twofold. The first is that markets, long-term bonds, and the U.S. dollar are all up post-election. That has attracted investors away from precious metals, sending prices lower. The second driver is simply a correction phase for silver prices that is playing itself out.

After peaking at $20.28 in late July, the price of silver has been in a correction/consolidation phase that so far has lasted roughly three-and-a-half months. In that time, silver is down by 22%.

So what does it all mean for this high-potential precious metal? Well, at least one indicator is pointing to a possible near-term bottom. And that could mean markedly higher silver prices in the new year...

The next two days saw a relatively tight consolidation sideways, with silver prices trading between $16.90 and $17.20.

Then Friday brought further weakness as the U.S. dollar ran to nearly 14-year highs. Silver was trading down to $16.59 by late afternoon.

Meanwhile, here's how the U.S. dollar was acting last week, as long-term bonds continued to sell off and a December rate hike became all but an outright promise from the Fed's Yellen. 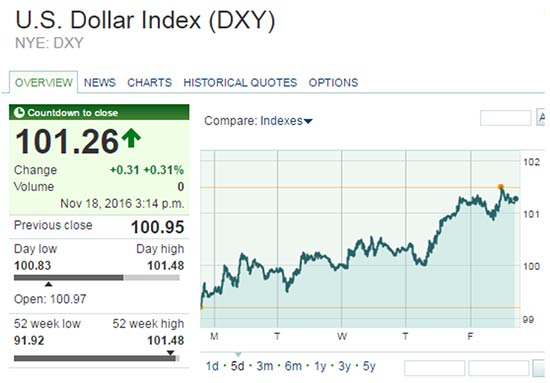 Here's what that means for the price of silver and where we can expect the precious metal to head from here...

Our Newest Price Target for Silver