I hate playing the role of a spoiler when there's $25 billion on the line, but that's exactly what I've got to do today.

Snapchat may be the single most dangerous IPO in history.

There's only one way it fits in your portfolio.

Five Reasons Every IPO Is Rigged

News broke last Tuesday night that Snap Inc. filed for an IPO that could value the popular messaging platform at $25 billion. Predictably, the Internet went berserk… 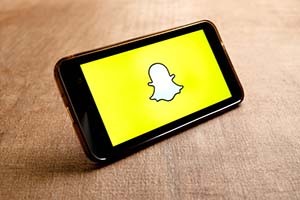 I could only think to myself as I drove home from the office, "Here we go again."

Millions of "mom and pop" investors are itching to get a piece of the action believing that they're going to make a fortune when getting burned is far more likely.

It's not for nothing that the world's stock exchanges are littered with the bones of failed companies that went public when they had no business in the world doing so.

1. The IPO process is flawed. When I started my career, companies went public because they wanted access to capital that would help already strong businesses get stronger. Now they go public because they have "potential" – a word I use with every bit of sarcasm I can muster.

2. Every IPO is an exit, not an entry. Think about this for a minute. Silicon Valley venture capitalists have put a few billion into Snapchat privately (after three or four earlier rounds of financing) and they're counting on an IPO to cash out at 10 or even 20 times their money. The only way that happens is to convince you – the retail investor – that it's "worth" the risk by offering shares to the hoi palloi. You and your money are literally last in line… behind founders, lawyers, angel investors, venture capitalists, and investment bankers, every one of whom gets a cut of your money. Again – and I cannot stress this strongly enough – as they cash outon your dime.

3. Private investors ahead of the IPO do not take the same risks you do after the IPO. When a private angel investor or venture capitalist buys shares, he is paying whatever he thinks the company is worth based on privately negotiated contracts and provisions intended to protect his money. The entire transaction is designed to protect his assets. There are even clauses in some IPO contracts that allow early financiers benefit if the price drops – something most retail investors who are betting on an increase cannot fathom. When you buy shares of a publicly traded company, you are paying what the market will bear and you risk everything. There isn't an investment banker on the planet who gives a damn about whether or not the investing public makes a dime on the IPO. Your sole purpose is to guarantee that they get their capital first.

4. $25 billion is only believable if you fall for it. Silicon Valley manipulates the hell out of these numbers and it's one of the dirtiest secrets in modern finance. As you might imagine, this is information they don't want you to know.

I'm a paranoid old person. Difficulty trusting because of nasty taken advantage of in past times. Churning to make commissions before I was aware of what was going on. I am not a financial person, therefore would need lots of attention. I fear losing my retirement money I worked hard for. And fear being taken advantage of and losing my money. Agree- lots of "SCAM" tactics out there. Have enjoyed your articles! Virginia

Thank you, Keith, for all you do!