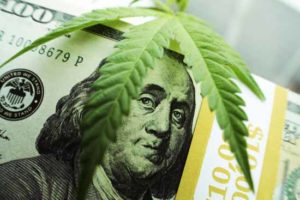 But we still wanted to make sure Money Morning readers know about these two marijuana stocks right now because there is specific news that could move the prices in October...

In fact, an optimistic outlook shows this company could net billions from the advertisements...