On Tuesday, Ripple prices slid 10% thanks to a lack of news from the company's Swell conference in Toronto.

Attendees and investors were hoping for a major announcement, but there has yet to be news that would send Ripple prices higher. 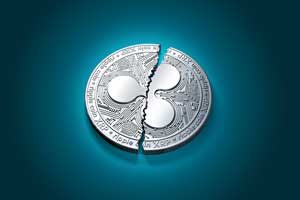 Also in cryptocurrency news, Bitcoin Cash prices rallied more than 16% on heavy buying from South Korean traders. Bitcoin Cash prices surged as much as 25% in the last 24 hours, but still remain significantly below the record of $970 hit on Aug. 19, 2017.

Volumes of BCH increased by 41% on Bithumb, one of South Korea's largest exchanges.

Bitcoin prices were off slightly despite aggressive buying among Chinese traders. Despite the ongoing crackdown on Bitcoin, ban of ICOs, and shuttering of local exchanges, Chinese buyers continue to pile in and pay large premiums for the cryptocurrency. Top Chinese exchanges OkCoin and Huobi will shutter at the end of the month.

Once again, JPMorgan Chase & Co. (NYSE: JPM) CEO Jamie Dimon was back in the headlines. Wall Street billionaire Bitcoin investor Mike Novogratz referred to Dimon as a "rent-taker" who will be on the losing side of the "cryptorevolution."

The statement comes just days after Dimon said Bitcoin investors are poised to lose everything if they invest in the cryptocurrency.

Below is a recap of the top cryptocurrency prices at 11:30 a.m. EDT

On Tuesday, the total market capitalization of the global cryptocurrency sector hit $172.1 billion.

The Bitcoin market capitalization dipped to $94.2 billion as the cryptocurrency appears to have settled into a short-term trading range. Bitcoin is trying to crack the $6,000 level after it fell just short last week.

Bitcoin traders were also trying to make sense of a report from Bank of America Corp. (NYSE: BAC). On Oct. 16, the company released a research note called "Introducing cryptocurrencies - what are they good for?"

The analysts projected that major financial institutions will soon explore open blockchain networks and shape new financial products based on the technology.

Despite the optimism, the company said that it is "impossible to assess" the true value of Bitcoin.

The Ethereum price slid despite optimism in the wake of the Byzantium protocol. The hard fork led to a solid bump on Monday, but prices retreated today as markets may have priced in the upgrade.

The Ethereum market cap sits at $31.1 billion and remains the second-largest cryptocurrency.

The Feds Turn to Blockchain?

The tech giant is launching a product called Azure Government Secret, a project that will offer government agencies better access to cloud platforms.

But the product may open the way for the U.S. government to begin storing very sensitive data on blockchains.