WTI crude oil prices have been volatile over the last year, but we're finally seeing signs that oil prices are steadily rising to our target price. 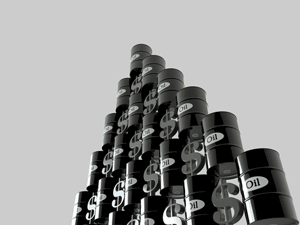 In fact, Money Morning Global Energy Strategist Dr. Kent Moors' September oil price target was right on the money. In July, when oil prices were around $45 a barrel, Moors predicted they'd rise to $52 a barrel by the end of September. Crude prices hit $52.22 on Sept. 25.

Now, Moors' next oil price prediction is out for the end of the year, and it's good news for oil investors. Here's why oil prices are rising, including Moors' exact oil price forecast…

Oil Prices Are Heading Even Higher in 2017

There are two key reasons oil prices are heading higher this year.

First, the global demand for oil is rising.

"Globally, the IEA, EIA, and OPEC have now all revised their expectations for oil demand up (again)," according to Moors.

"We'll end 2017 at the highest daily demand level in history."

The World's First "Universal Fuel": Physicists have known about an unlimited source of free fuel for over 100 years. And the cost of the fuel is zero. It's free. Click here to read more…

Rising demand is a bullish indicator for oil prices, because more demand means oil can command a higher price. And that's especially true if the oil supply stays flat…

But the rising price of oil spurred American shale oil producers to pump more oil, and oil traders bid the price of oil back down. Oil futures hit a low of $42.48 in June.

Now, after renewing the deal in May, OPEC is showing it's committed to curbing excess oil supply over the long term.

The Farms of the Future Are an Energy Investor's Dream

In fact, if oil prices don't keep climbing, Saudi Arabia has said they will push for an even deeper cut through OPEC next year.

But that might not be necessary. OPEC has sported a compliance rate with the cuts as high as 95%, and production across OPEC has fallen roughly 1 million barrels year over year.

It's not just OPEC managing the supply of oil, either. American producers are no longer flooding the market with oil whenever the prices rise. American producers are maintaining steady production growth instead. The supply of crude oil in the United States fell by over 2% during the summer. The month of July saw the stock of crude oil in the United States drop below 2 billion barrels for the first time since early 2016.

And while oil prices are already rising this year, we're seeing signs that they're heading even higher…

Our Oil Price Forecast for the End of 2017