More people are looking for ways to buy Bitcoin with a credit card, with the cryptocurrency up 64% over the past month alone. 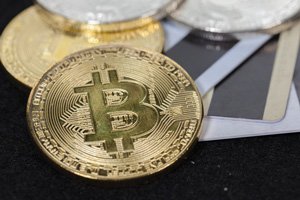 Bitcoin hit an all-time high of $11,377 on the CoinDesk Bitcoin Price Index this week, before pulling back under $10,000. Today, the price of Bitcoin is about $10,500, more than four times where it was trading in mid-July.

The latest surge - which took the Bitcoin price from under $6,000 to over $11,000 in two weeks - has inspired many investors to try to get on the cryptocurrency bandwagon any way they can.

The jump in Coinbase accounts also coincided with a spike in Google searches for the phrase "buy Bitcoin with credit card," which reached an all-time peak last week.

It turns out, it's not all that hard to buy Bitcoin with a credit card - there are several ways to do it - but, as I'll show you, this is not necessarily a sound strategy for investing in cryptocurrency.

Here are the best options for U.S. investors...

How to Buy Bitcoin with a Credit Card

But while it's relatively easy to buy Bitcoin with a credit card, here's why you should think twice before doing it...

Before You Buy Bitcoin with a Credit Card, Read This

your missing the point with credit card purchases. – there is no delay. Coinbase transactions through bank accounts now take 8 days. With CME going live on Dec 18th, you could miss a big increase by waiting – Bitcoin will go to $25,000 + in 2018 –

How do you cash put bitcoin?

If you have your investment in coinbase, tie it to a separate bank account, one that you use only for bitcoin or other cryptocurrencies. Then through coinbase you're able to buy and sell. It's easy to transfer money to and from your bank accounts and to and from coinbase. Paypal works the same way, only there's no time delay.