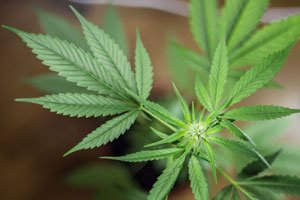 In fact, it looks like the AG's decision to unwind the Cole Memo has actually hastened marijuana legalization.

In the weeks since Sessions' decision, state lawmakers have rushed to introduce legalization measures in both New Jersey and Kentucky. In New Hampshire, members of House gave preliminary approval to a new marijuana bill, according to Leafly. And Vermont's legislature passed an adult-use legalization bill, which Gov. Phil Scott has vowed to sign.

In the meantime, states with new marijuana laws - like California, Massachusetts, and North Dakota - have ignored Sessions' threats and continued to roll out their respective legalization efforts.

And in the states with long-standing marijuana laws in place, like Colorado, state and local officials are making it clear they aren't going down without fight.

"We'll give up legal pot when Sessions pries it from our hands," tweeted Colorado Senate Democrats on the day of the decision.

Now, these states and lawmakers may have finally found a way to stick it to Jeff Sessions once and for all.

On Friday (Jan. 12), a U.S. House bill was introduced that will permanently halt any efforts by Sessions to go after marijuana states.

A Permanent Solution to Federal Interference

In what's essentially a step up to the existing Rohrabacher-Blumenauer Amendment (formerly known as Rohrabacher-Farr), this new law protects weed states and applies to all federal agencies.

Dubbed the "Restraining Excessive Federal Enforcement & Regulations of Cannabis Act of 2018" (REFER), it forbids federal agencies from spending money to "detain, prosecute, sentence, or initiate civil proceedings against an individual, business or property, that is involved in the cultivation, distribution, possession, dispensation, or use of cannabis" when those actions comply with state or local law.

The legislation would also protect banks that work with state-legal cannabis businesses.

While the current Rohrabacher-Blumenauer applies only to medical marijuana, bars only Justice Department prosecutions, and needs to be periodically renewed by lawmakers, the REFER Act protects adult-use cannabis in addition to medical, applies to all federal agencies, and is permanent.

The new legislation was introduced by U.S. Rep. Barbara Lee (D-CA) and reported Friday by Marijuana Moment, who obtained a full copy of the bill and spoke with one of its cosponsors.

"It is time we expand the protections of Rohrabacher-Farr to ensure that no government agency targets marijuana companies and their partners in ancillary businesses," Congresswoman Dina Titus (D-NV) ... told Marijuana Moment via e-mail. "Taxpayer dollars should not be used to crackdown on law-abiding taxpayers operating legally in states."

This legislation could be the most significant practical marijuana policy and enforcement reform to date - made all the easier to pass because it avoids the added effort of changing cannabis' status under the schedules of the Controlled Substances Act.

Efforts to protect marijuana-friendly states already have support from both parties. For example, in late 2017, U.S. Sen. Orrin Hatch (R-UT) introduced a bill that would allow more states to conduct research on marijuana without fear of retribution. That bill received sweeping bipartisan support.

But now, before the bill is put to vote, the market is in limbo, which creates the perfect buying opportunity for investors.

In fact, if you're considering buying pot stocks for the first time, this month's events have created an incredibly attractive entry point into the industry.

You could see double- and triple-digit gains as the industry flourishes in 2018. And we've made it easy for you to get started...

In this crucial interview with Money Morning Director of Technology & Venture Capital Research - and pot stock expert - Michael Robinson, you can learn the ins and outs of California's marijuana markets and get details on three tiny pot stocks expected to hand you the biggest gains.

I have already a subscription to Nova-X. How do I get the names of those 3 CA stocks

Go to research reports and look for this….. The California Pot Stock Explosion: How to Grab 15,251% Gains on the Single Biggest Event in U.S. Market History

I already subscribe. what are the three pot products you recommend?

I've experienced the same thing. Yet to get the names of those three stocks. Please provide.

Why should I listen to the recommendations you are making about marijuana stocks? I invested almost 70K in your recommendations for Canadian marijuana stocks and a couple for California. Now my portfolio is worth almost 200K. I guess a return of 130K in less than a year is a little better than what I could have made in an interest bearing savings account. I guess you figured by now that I am a bit sarcastic. You guys rock! I look forward to even more profits in the future based on your recommendations. My Money Morning/NovaX subscription has turned out to be with every penny and then some. Thanks to Mr. Robinson!

Mr. Robinson has made some great picks in the past.

How much is do I need to invest to see a good return, I want to start small few thousand and see how it goes. Leave me some info

I wish our governor McMasters would vote for the right for South Carolina to adopt medical marijuana for disabled people like myself.I am so tired of having to take pain medications every day to try to manage my chronic pain.I would at least try it to see if it helps.My body is shot and I would like to try anything that might help me.I get so depressed due to my pain and I am running out of options.All I see is that medical marijuana would be a benefit for our state.It would lower the opoid crisis,it would lower over doses,it would lower our crime rate,it would help a lot of us disabled people that live with chronic pain every day in our life,it will help so many people with seizures,anxiety,panic attacks,nerve damage,arthritus,fibromyalaga,tremors and other diseases and cancer.To top it all off it would bring in so much taxes for our state that we could use for good purposes.Governor McMasters,i hope you receive this and please help out all of the people in our state.God bless you.

Try CBD oil, legal in every state because it's cannabis oil without the THC.

I would also like to start small with a couple thousand.
Can you let me know how to do that.

I started November 1 and I now have 100% return on my Pot Stocks. The nova ask report is worth every penny. Thank you

I would like to earn money with this investment!

I invested in mid-Dec, 2017, on the the 3 California stock picks recommended by Robinson and by the beginning of Jan. 2018, 2/3 had doubled. Sold 1/2 my stake in each, as the recommended strategy for newbies here at Money Morning, and now I’m waiting for the next opportunity to play on the OTC market with the house’s money. I like about the recommended strategy of selling when you double up because it takes emotion and attachment out of the game; it is purely strategy. I’m learning, started investing 1 year ago.

In regards to the article; another marijuana bill that doesn't address the actual problem. See them all here: http://www.thecannabist.co/2017/03/03/lists-federal-marijuana-laws-legislation-congressional-cannabis-caucus/73878/
Only 2 of them have to do with rescheduling. Marijuana needs to be changed to a schedule III. This will address all the other issues.

How can I buy penny stocks for around 3 dollars? I want to get into this but I need to know is it legal for me in Georgia to buy these stocks? I need to know how to invest so if someone could help me out I would appreciate it.

Just because marijuana might not yet be legal in your state, that doesn't mean that investing in marijuana stocks is illegal. Anybody in any state can buy any stocks that trade on the stock market. There is no law that stops you from doing that.