Despite U.S. Attorney General Jeff Sessions' best efforts, there is no stopping the legal marijuana movement in the United States, and that's why we're bringing Money Morning Members three of the best marijuana investing strategies for 2018.

According to Chris Walsh, editorial vice president at Marijuana Business Daily, Sessions' announcement last month was "like watching a train roll down the tracks, and sticking your foot out to try and stop it." 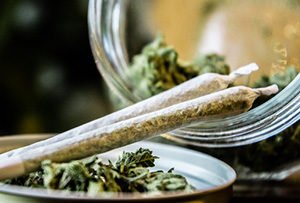 He was referring to the Justice Department removing Obama-era guidelines that limited federal prosecutors from pursuing marijuana charges in states that had legalized weed for medical or recreational use.

The legal marijuana movement is here, it is growing, and antiquated thinking about it from a top government bigwig is not going to stop the will of the people. According to a Gallup poll in October, 64% of Americans are in favor of marijuana legalization.

Even better, it is not going to stop the profits heading your way. Especially when it comes to the three marijuana stocks we're detailing today…

Money Morning Director of Technology & Venture Capital Research Michael A. Robinson has been watching this burgeoning industry for years and studied the major catalysts that will keep it growing.

While there is no "household name" in the legal week sector, there are companies here that are on that trajectory. Robison favors Cannabis Sativa Inc. (CBDS), a Nevada-based company that makes a variety of cannabis products, including balms, sprays, mints, and edibles. It even has its own patented strain of pot.

In 2015, CBDS opened its first branded dispensary in Oregon. Under the name "Hi Brands," the company models its retail locations after Apple's.

The company also owns iBudtender, the "Yelp of recreational marijuana." This smartphone app directs users to nearby dispensaries and cafés and provides users with information on all kinds of cannabis products.

iBudtender is "getting rave reviews from users and industry players alike," Michael says.

The social media play puts CBDS in an ideal position to jump across state lines as recreational marijuana is legalized in new jurisdictions.

Cannabis Sativa is a speculative play, not a foundational stock, so invest accordingly. But with a wide range of products and a chain of retail stores on the way, Cannabis Sativa is in a strong position to become a national brand – one that will reward early investors well.

Now, here are our top two marijuana stocks to buy in 2018…

Prohibition has no place in a free society. Invest in the financial future of cannabis – legalize!

BTW, Jackson,MS is considering decriminalizing marijuana, and the local media has an opinion poll, which now stands at 50/50.

Please voice your support at http://www.msnewsnow.com/story/37496057/jackson-city-council-amends-ordinance-to-decriminalize-marijuana

Hey didn't your DAD have a clothing store back in the day? "Robert Hall Clothes?

Jackson,MS is considering decriminalizing marijuana, and the local media has an opinion poll, which now stands at 50/50.

Please voice your support at http://www.msnewsnow.com/story/37496057/jackson-city-council-amends-ordinance-to-decriminalize-marijuana